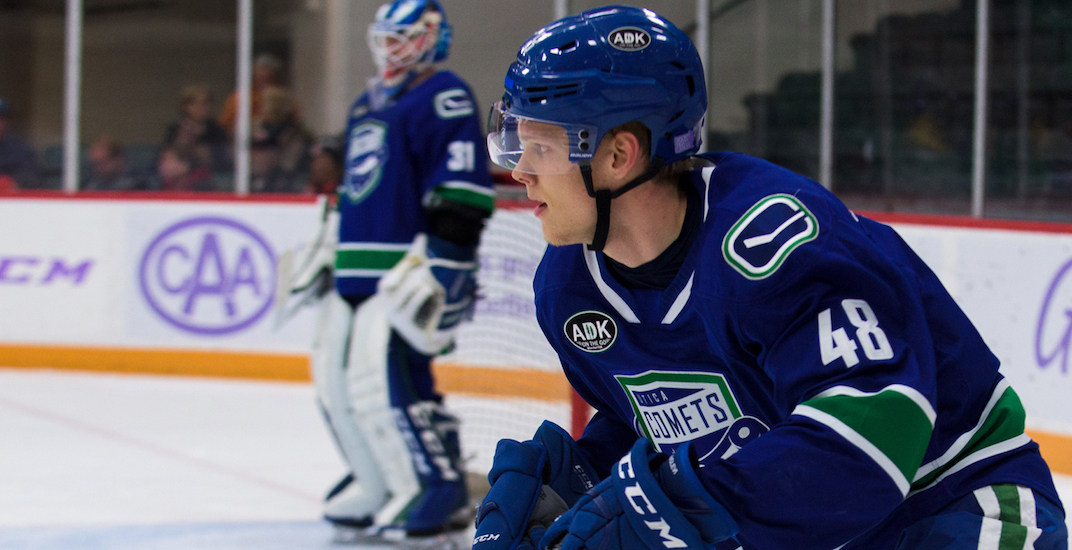 Chosen fifth overall in the 2016 NHL Draft, Olli Juolevi has largely left Canucks fans grinding their teeth from afar ever since.

A mobile, yet unspectacular, puck-moving defenceman, unlike some of Jim Benning’s other recent draft picks, Juolevi doesn’t appear on the highlight reel on a regular basis. Instead, the 20-year-old Canucks prospect is known for keeping it simple and making smart plays with the puck.

Trouble is, he’s been a hard player to get excited about.

The player chosen after him, Matthew Tkachuk is already in his third NHL season. He made an instant impact for the Calgary Flames as an 18-year-old winger and already has 116 points in 162 games for the Canucks’ division rival. Centre Clayton Keller was picked two spots later and had an incredible rookie season for the Arizona Coyotes last year, scoring 65 points.

As if that wasn’t bad enough, the Canucks overlooked a number of other defencemen, including Mikhail Sergachev (9th overall), Charlie McAvoy (14th), and Jacob Chychrun (16th), who have all already made a significant impact in the NHL.

Juolevi is the only player picked in the top-11 that year yet to make his NHL debut, so the Canucks are still waiting for their pick to come to fruition, though it seems we finally have some good news to report.

With two assists on Wednesday, Juolevi’s point total is now up to 13, putting him just one point behind the team lead and nine points ahead of the next closest defenceman. 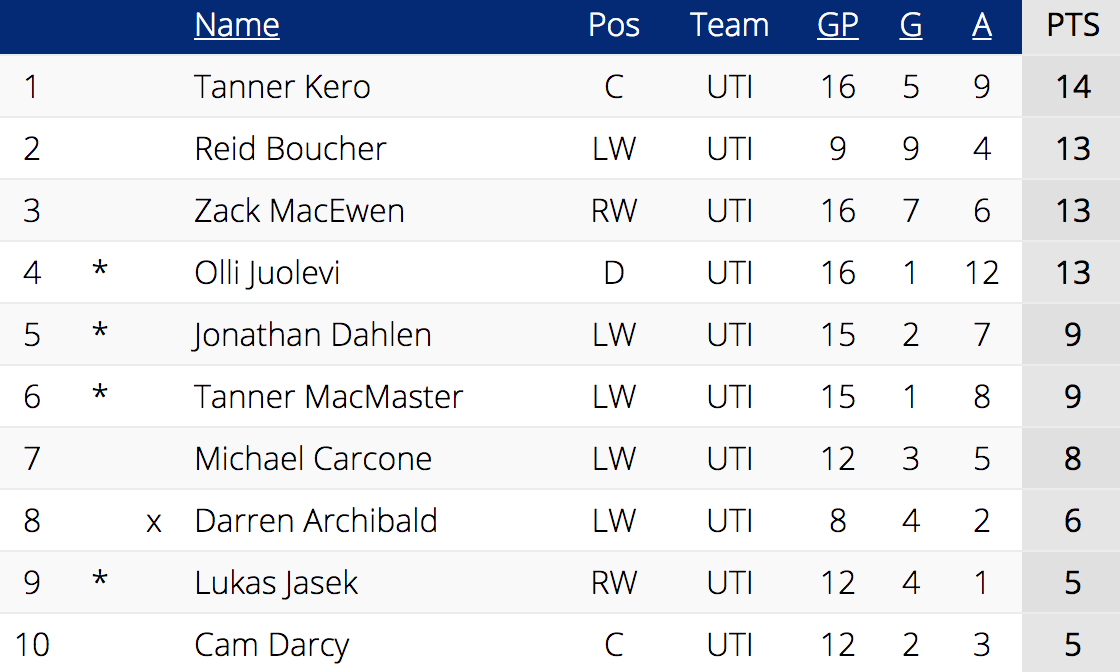 Looking at the league as a whole, Juolevi leads all AHL rookie defencemen in points and ranks sixth overall in blueliner scoring. He’s also tied for second in the rookie scoring race, including forwards.

“Juolevi is playing key minutes for the Comets, which is a good sign especially as a rookie defenceman,” says Ben Birnell, who covers the Comets in Utica for the Observer-Dispatch newspaper, to Daily Hive. “[Comets head coach] Trent Cull has said he’s doing good things.”

As encouraging as the point totals are, he has a team-worst plus-minus of -11. Only one player in the AHL is worse in that category.

Plus-minus is an imperfect stat, so take it for what it’s worth until AHL shot metric statistics become publicly available. The Comets have the third-worst winning percentage in the AHL and they’ve given up the third-most goals against, so it shouldn’t come as too much of a surprise that their minute-munching d-man is taking a few minuses. Even Alex Biega, who we know is a good defenceman at the AHL level, is -5 in just three games with the Comets.

“He’s making progress 16 games into his AHL career, but still has some work to do,” Birnell adds. “On the power play, he’s making strong passes to help set up opportunities for other players. On the defensive side, it is work in progress as he cleans up mistakes and reads plays better.”

Given how comfortable he looks on the power play, you have to wonder if he’d already be an upgrade on Derrick Pouliot for the Canucks. The man advantage is where Juolevi has done most of his damage, racking up eight of his 13 points on the power play.

His assist on a third-period power play in Wednesday’s game was a thing of beauty. Watch as Juolevi switches sides with the other point man Reid Boucher on two occasions, before patiently waiting for a lane to open for a Tanner Kero one-timer.

Juolevi scored his lone goal of the season on the power play, showing off a hard and accurate slap shot.

The Canucks are smart to be patient with the young rearguard though, giving call ups to likes of Alex Biega, Guillaume Brisebois, and Jalen Chatfield instead.

Given where he was drafted, there must be a temptation to get Juolevi into the NHL as soon as possible. But coming off back surgery this summer, not to mention a pair of underwhelming seasons since his draft year, they’d be wise to bring him along slowly.

Juolevi will probably never live up to his draft spot, but he’s still a critical prospect for the Canucks going forward. If he can develop into a reliable, all-situations, puck-moving defenceman on a second pairing, the Canucks might just have a solid one-two punch on the left side of their blue line for the next decade with Quinn Hughes on the way.

Hughes is expected to make his NHL debut next season, perhaps earlier if his NCAA team is eliminated earlier. If it’s not this season for Juolevi, he should be an NHL regular in 2019-20 for a Canucks blueline that’s starting to show some real potential.