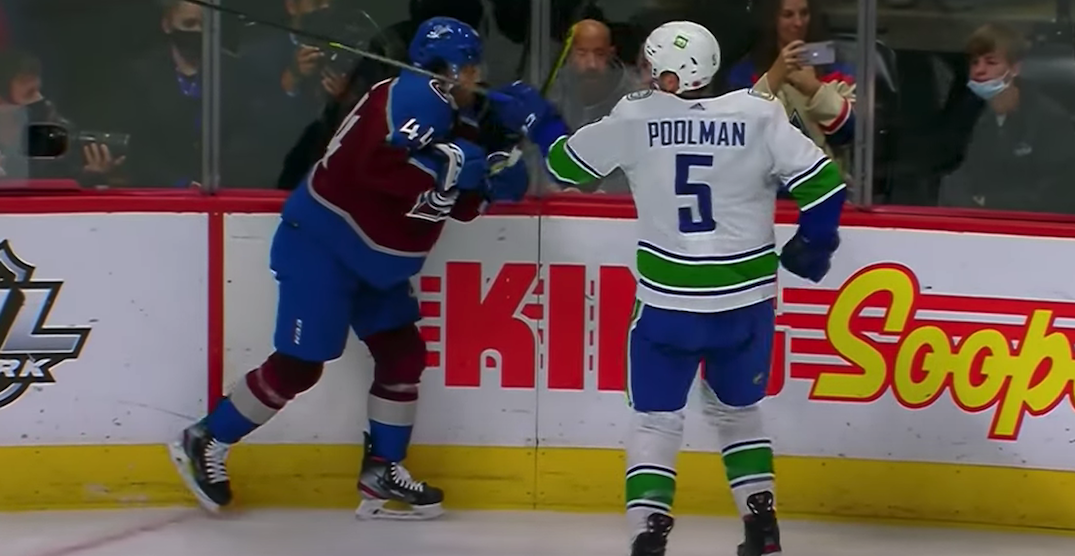 Yeah, you can’t do that.

Tucker Poolman has a hearing with the NHL’s Department of Player Safety today. The question likely isn’t if Poolman will receive a suspension; it’s how many games he’ll receive.

Vancouver’s Tucker Poolman will have a hearing today for High-sticking Colorado’s Kiefer Sherwood.

The Vancouver Canucks defenceman swung his stick at Kiefer Sherwood’s head during the third period of last night’s 7-1 blowout loss to the Colorado Avalanche. Luckily, Poolman’s stick connected with Sherwood’s visor and helmet because the outcome could have been a lot worse.

Poolman was ejected from the game and received a match penalty, which is handed out when a player deliberately attempts to injure someone.

Poolman was reacting to Sherwood, who bodychecked him into the boards. Sherwood’s glove was a little high in the follow-through, but that won’t excuse Poolman’s deliberate slash in retaliation.