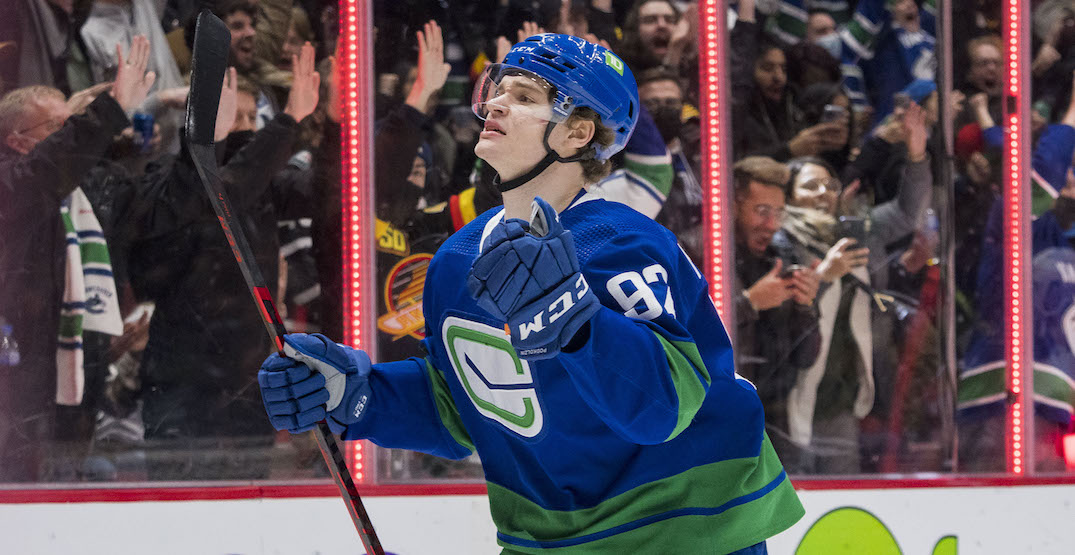 They could surprise us, after all, they’ve done that for much of the last few months. But when the injuries are to players like Pettersson and Nils Höglander now, key players in the lineup, then it’s a different thing than guys like Jason Dickinson and Tucker Poolman. Who by the way, were supposed to be key when the season began.

Let’s see what the road trip looks like. Let’s see how the goaltending holds up, and who is in every night. But there’s a good chance the next couple of weeks that the Canucks suffer further setbacks — that the win rate is not what it was.

If that’s the case, then the Canucks need to do whatever they can to preemptively get ready for next season. Maybe that’s trying Jack Rathbone and Will Lockwood at the NHL level.

Maybe that’s Vasily Podkolzin at the AHL level. Not as a demotion per se, cause he’s playing fine. As you may know, I’m a fan of his game. But giving more responsibility and playing in all roles in the AHL might be a great boost to his role with the big Canucks next season.

Spencer Martin getting starts? Yeah, why not? Why does Jaroslav Halak deserve anything at this point?

Then there’s the harder decisions like Pettersson. Maybe it’s time to shut him down. Only they know the true severity of the injury, but if it’s not getting better this season, there’s no need to force it.

And if there’s anybody else in this boat, same rule applies. No need to expedite the return of Höglander.

This isn’t what some fans will want to hear of course.. That hot run through February had people dreaming of watching playoff hockey on patios. But really, it was a dream.

The good news is, with the season delayed till the end of April, you’ll get your patio hockey!

But the only thing that matters now in this season, is next season.