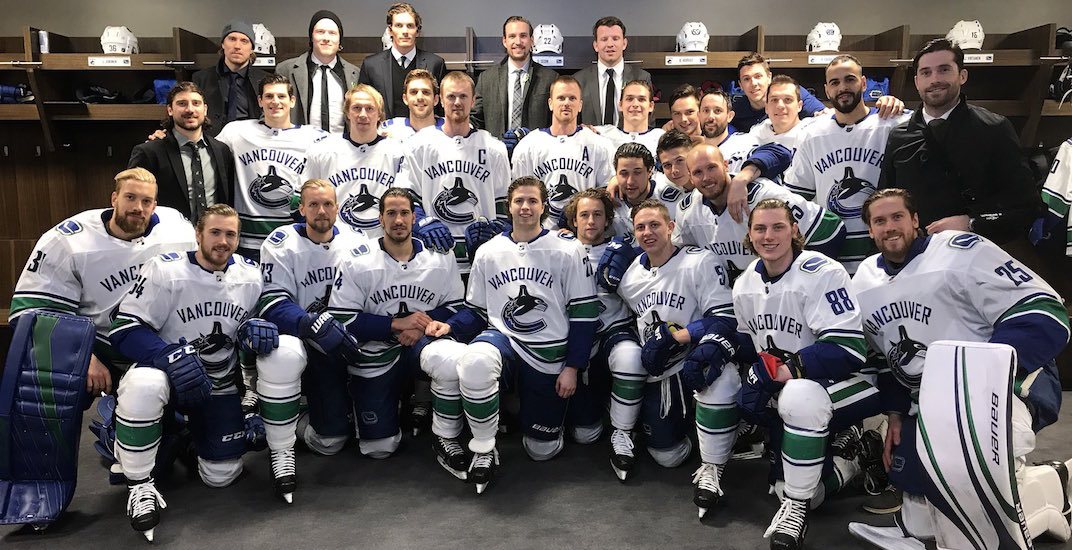 The tragedy that hit the Humboldt Broncos last week sent shockwaves throughout the hockey community.

Every player has to ‘ride the bus’ at some point in their career, so the news hit close to home for everyone. That’s especially true for a pair of Saskatchewan natives on the Vancouver Canucks, in Derek Dorsett and Derrick Pouliot.

It should come as no surprise then that the pair plans to put together a group of Canucks to visit Humboldt this week, as team president Trevor Linden said at the team’s end of season media availability on Monday.

“It’s heartbreaking and I can’t even imagine what the families are going through right now,” said Dorsett, who grew up three hours away in Kindersley.

“It hits home because I’m from Saskatchewan and I did play in that league. But it doesn’t matter. Everyone in the hockey world is mourning this loss.”

“There’s more important things in life than playing your final game. We’re so sorry to hear of the Humboldt tragedy.” – Henrik Sedin #HumboldtStrong

The Canucks have donated $29,000 to the Humboldt Go Fund Me campaign, which topped $5 million in 48 hours. Linden, along with GM Jim Benning and head coach Travis Green, wore green and gold ribbons during their press conference in support of Humboldt.

“It’s heartbreaking,” said Linden. “I don’t know if there are any words that can speak of such an unspeakable tragedy.”