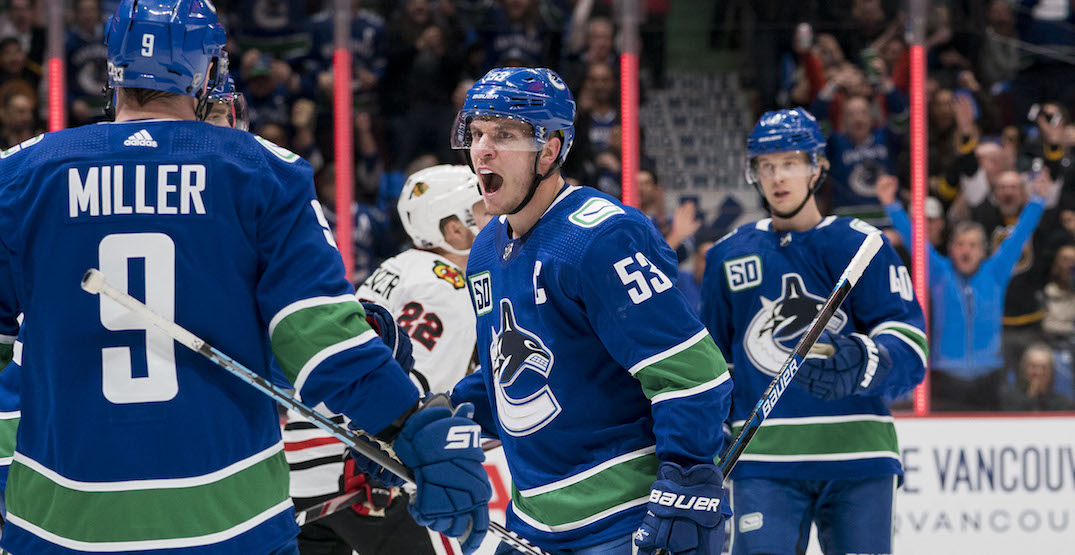 For the first time in 595 days, the Vancouver Canucks will play a meaningful game in front of their own fans at Rogers Arena tonight.

No major North American professional team has waited longer to play a regular season game in front of their own fans than the Canucks, so this promises to be a special night — even if their opponent is the Minnesota Wild.

Not only will the Canucks host fans, they’ll play in front of a full capacity audience of over 18,000 people, which is something we didn’t get to see during the preseason.

Rogers Arena is nearly sold out already, with only a few tickets remaining on Ticketmaster at time of writing.

#Canucks sellout watch: Upper bowl is virtually sold out. Not many left in the lower bowl either. pic.twitter.com/w5Wb2tS47a

Fans attending will have to show proof of full vaccination to get into the building, and masks are required to be worn at all times inside Rogers Arena, unless actively eating or drinking at assigned seats.

“We have a very special and emotional night planned and we can’t wait to welcome back our Season Ticket Members and fans,” said Michael Doyle, president of Canucks Sports and Entertainment. “There’s nothing like the energy of a full arena, and we anticipate our home opener to be one of the most exciting, memorable game nights in many years.”

The night is being dubbed the “Celebration of Heroes” by the Canucks, with six frontline workers dropping the puck during the ceremonial faceoff.

The party on the plaza is back for the first time since the pandemic, beginning outside Rogers Arena at 5 pm. DJ Seb C will be providing the music, with the hype team and drummers on hand. Kirk McLean will also be there, with fans able to get the Canucks legend’s autograph before they head inside.

Doors open at 6 pm, and the Canucks are encouraging everyone to arrive before 6:15 pm to avoid inevitable lineups due to the new check-in protocol.

The first 5,000 fans will receive a free Canucks opening night “Game On” T-shirt. AC/DC cover band “BC/DC” will play live during the player introductions and throughout the evening.

An “epic new opening video” has been created and produced by the Canucks game entertainment team in partnership with Brightlight Pictures — the same folks who brought the well-publicized zombie intro in 2019.

The Canucks are asking fans to be in their seats by 6:45 pm for the new opening, which begins with a “moving message” from Travis Green to the city of Vancouver.

Lastly, it’ll be a good night to buy a 50/50 ticket, as the jackpot is estimated at $250,000. You can buy tickets in person, or online starting at noon through the Canucks website.