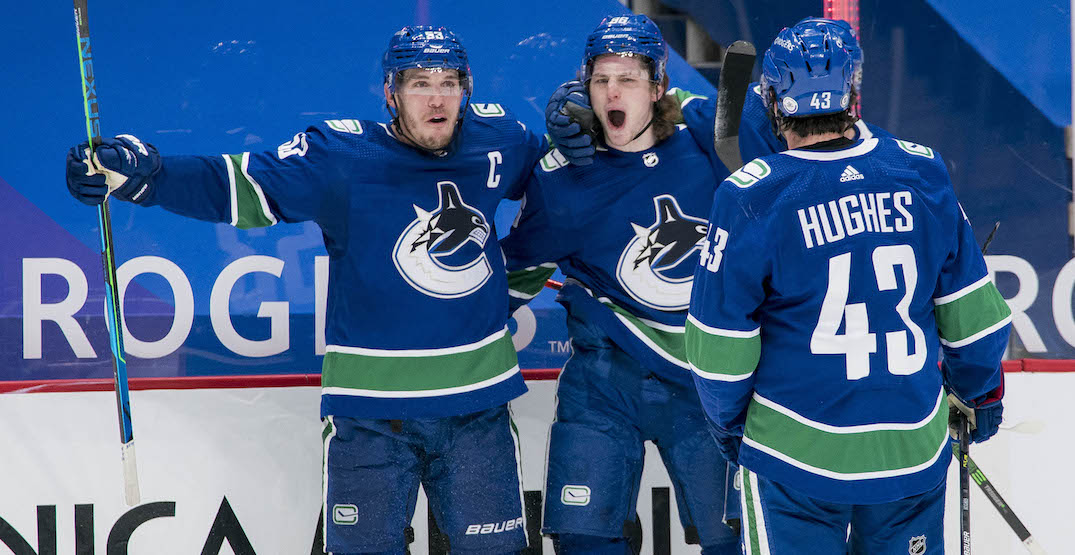 It’s been a while since we’ve had some good news to report concerning the Vancouver Canucks, but this qualifies.

The Canucks have returned no new positive COVID-19 test results, according to a report from TSN’s Darren Dreger.

For the first time in days, no positive case results with the Canucks in Vancouver last night.

The Canucks have had at least one player added to the NHL’s COVID list for seven consecutive days — including 12 players added on Friday and Saturday. The list is updated daily after 2 pm PT.

In a statement yesterday, the Canucks confirmed that 25 members of the organization — including players, coaches, and staff — had tested positive so far. The source of “rapid spread” throughout the team has been confirmed as a COVID variant.

According to Dreger, the NHL is hoping the Canucks can return to the ice by the end of next week, likely April 17, against the Toronto Maple Leafs at Rogers Arena. Depending on how many players have left COVID protocol by the time they resume playing, the Canucks might have to call up a few players from the minors.

The first step is having multiple days of negative tests, which hopefully this is the start of.