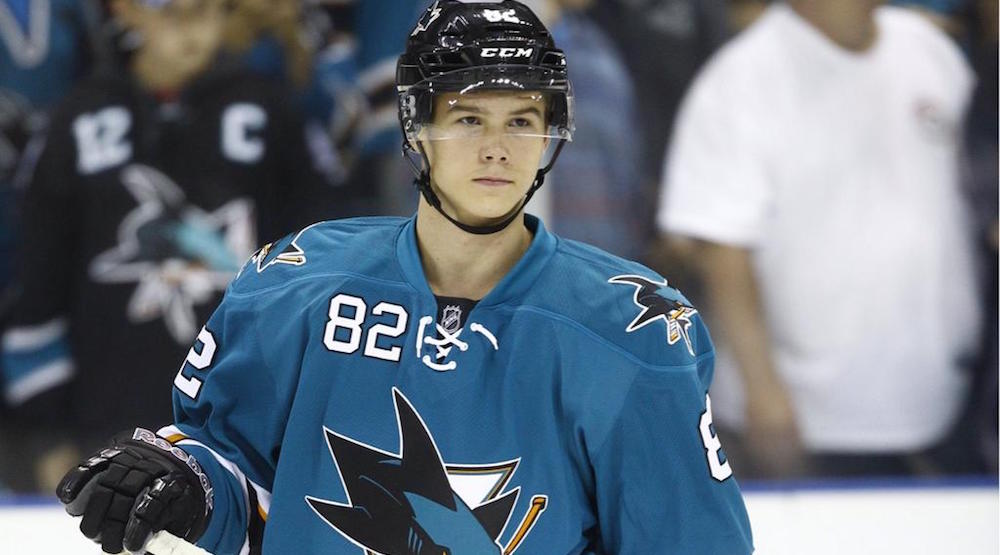 The Vancouver Canucks swung a deal during Tuesday night’s overtime loss to the Detroit Red Wings, sending Jannik Hansen to San Jose for Nikolay Goldobin and a conditional fourth round pick, that turns into a first rounder if the Sharks win the Stanley Cup.

Needless to say, the Sharks bandwagon will be filled up with Canucks fans this spring.

It was the second major trade made by Canucks GM Jim Benning in as many days, as Alex Burrows was traded to the Ottawa Senators on Monday.

In many ways, the two trades mirrored each other. The Canucks moved two assets that they were unlikely to bring back next season, in return for prospects that could turn into difference-makers one day.

“Jannik has been an important part of our team for over a decade and we would like to thank him, his wife Karen and their children for all they’ve done and wish them all the best in San Jose,” Benning said. “While this was a difficult decision to make, this trade helps us with our goal of continuing to build a younger, skilled team for the future.”

As important as Hansen has been to the Canucks, he’s going to turn 31 this month, and his skills are on the decline. Rather than watch his value eventually plummet, they made a shrewd decision to deal him.

Goldobin is a former first round draft pick, selected 27th overall by the Sharks in 2014. He’s just beginning his NHL career, having appeared in just nine games for San Jose last season, and two games in this campaign.

The 21-year-old Russian has huge potential as a goal scorer, something the Canucks franchise sorely needs. The talented winger has 41 points (15-26-41) in 46 AHL games this season.

“Nikolay is a gifted offensive player with good hands and good release on his shot,” said Benning. “His play away from the puck has improved this year in the American League and we believe with his skillset and continued development, he has the ability to become a valuable member of our team.”

Goldobin is a gifted sniper with the potential to be a big-time scorer in the NHL with his excellent wrist shot. His game in his own end, particularly his defensive play, has held him back to this point. New San Jose Sharks’ head coach Peter DeBoer values smart, two-way play and he — along with former Devils’ coach Jacques Lemaire — helped another Russian sniper, Ilya Kovalchuk, transform from being a defensive liability to a player that is more aware in his own end of the ice. Goldobin has many of the same tools as Kovalchuk. While he may not put up the same gaudy offensive numbers as the former Thrashers and Devils forward, Goldobin has the potential to be a special player at the NHL level.

Fans will get a chance to see Goldobin right away, as he will report to the Canucks, and not their AHL affiliate in Utica.

Goldobin will join the #Canucks Wednesday in San Jose, says GM Jim Benning. “He’s ready to make the next step and play in the NHL.”

Goldobin should be in the lineup against his old team on Thursday.

“I’m nervous to play against my old team tomorrow, but hopefully I’ll do a good job!” Goldobin said.

Jannik Hansen will avoid the awkward meeting against his old team, as visa issues will keep him from playing.