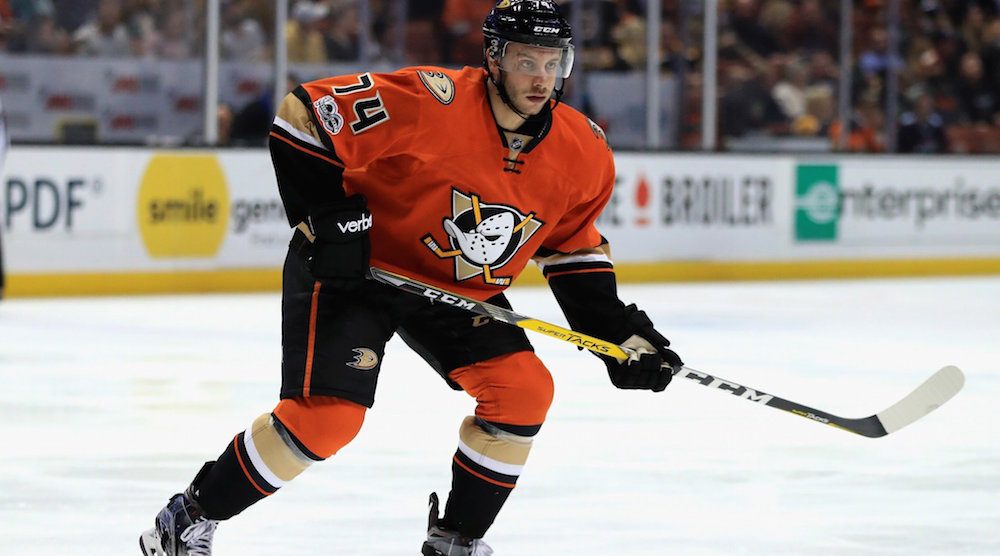 The Vancouver Canucks haven’t made any trades on deadline day yet – they dealt Alex Burrows on Monday and Jannik Hansen on Tuesday – but they have picked up a player.

The Canucks, who are battling injuries and the mumps, are in need of healthy bodies. For that reason, they have claimed centre Joseph Cramarossa off waivers from the Anaheim Ducks.

So the Canucks haven’t picked up a big point producer. He should, however, provide some intangibles.

Here’s the scouting report on Cramarossa, courtesy of Hockey’s Future:

Cramarossa is a crash-and-bang lower line player with limited offensive upside. While he put up big offensive numbers in an overage season in junior hockey, his game is that of a rough and tumble player who plays with an edge and likes to throw the body around. His on-ice vision and solid puck-moving and playmaking skills suggest he may have some offensive potential but that has not been a focus so far in his pro career.

The 6-1, 192-pound forward should provide some grit for the Canucks’ fourth line.