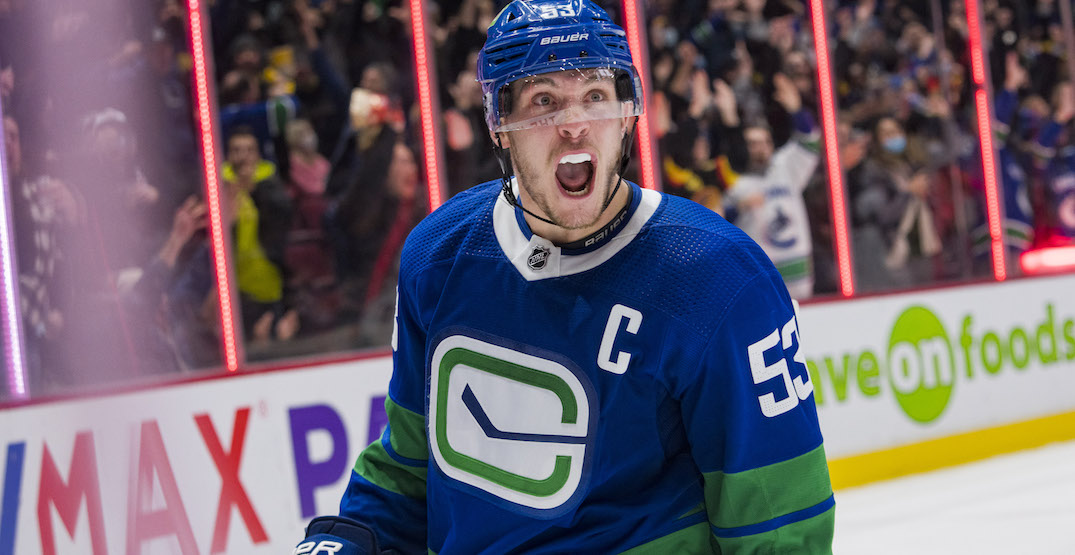 The Vancouver Canucks have a new president, interim general manager, and head coach, and now they have a new goal song.

The team has opted to go in a fun new direction, choosing to play the 1985 classic “Don’t you (forget about me)” by Simple Minds after they put the puck in the net at Rogers Arena.

As Fleming told us back in October, the selection of the goal song is typically a collective decision with the Canucks game presentation team. There are meetings to make important choices like this.

The Canucks initially rolled out the new song for 80’s night on Friday against the Winnipeg Jets, which appeared to be a one-off. But quietly, the Canucks were using that night as a tester.

Is it cheesy? Yeah, it probably is. But also, fans are digging it.

“Seemed to go over pretty well,” Fleming said, so they kept it for Sunday’s game against Carolina and Tuesday against Columbus.

In non-COVID news, #Canucks DJ Tom Fleming tells me they're sticking with the new goal song, "Don't you" by Simple Minds.

Responses from fans to my report above were certainly mixed, which is about as good as you can expect from Canucks Twitter.

The new song did have the support of some influential people in Canucks Nation, though.

Don’t You Forget About Me needs to be the full time #Canucks goal song. Thank you for coming to my TED talk.

Also the Canucks kept Don’t You (forget about me) as the goal song?? Can it be?? They listened??

While not many fans are clamouring for the Van Halen tune to return, there is another popular option.

Given the popularity of the “Bruce, there it is” chant, why not play “Whoomp there it is” by Tag Team? Fans are already serenading their new bench boss, whether he likes it or not, after most goals anyway.

One thing’s for certain, though; when the Canucks are winning, everything sounds better.

The Canucks haven’t lost with the new goal song yet, though they haven’t lost a game under Boudreau either. He was already the first coach in Canucks history to start with five straight wins, as Boudreau has seemingly turned the team around overnight.

This is the first five-game winning streak by the Canucks since the playoff bubble in 2020, and last night’s 4-3 comeback win was something not seen in Vancouver in decades.

According to Sportsnet Stats, the last time the Canucks won in regulation at home after facing a three-goal deficit was February 13, 1996.

Are you not entertained?!?!? pic.twitter.com/DT4u1dYivS