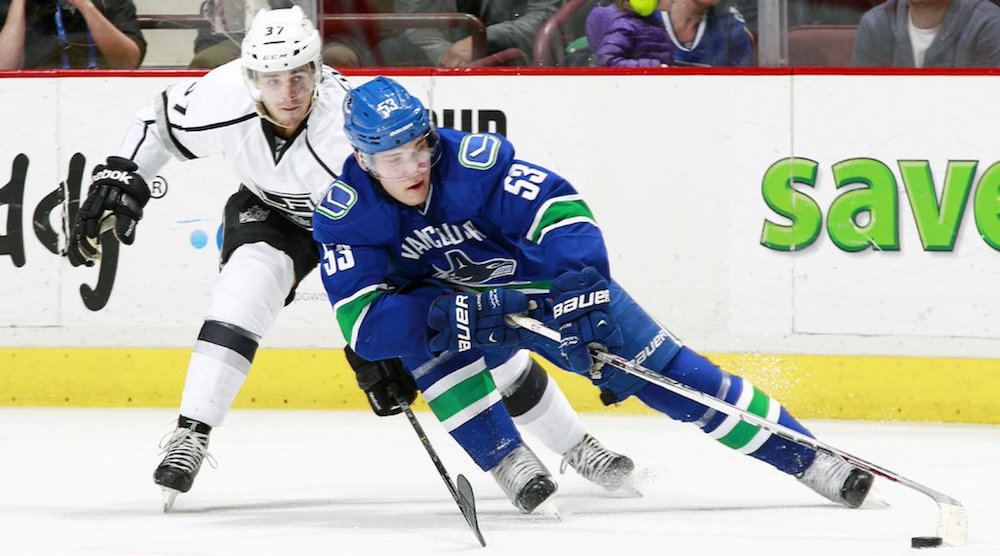 Do Jim Benning and Trevor Linden pour over advanced stats for hours each day?

On Friday, when Benning went into full positive spin mode, telling TSN 1040 the Canucks were only three wins out of first place in their division, jaws dropped across Vancouver.

Canucks fans aren’t clueless – five of the team’s seven wins had come after regulation time, and their record on the road was 1-6-1. Saying the team was just a few wins out of the playoffs, while mathematically true, felt like more than a stretch.

And looking at some of those stats, including expected goals, you’ll see that based on how they’ve been playing, Vancouver actually deserves more wins.

The results show that as both Benning and Linden have said many times, they’ve been a competitive team this season.

Expected goals is a measurement that’s been developed and refined by several in the analytics community. The calculation done by Emmanuel Perry at corsica.hockey includes a number of factors including shot type, distance, and angle.

The result is an educated approximation of the number of goals a team should score in any given game.

What it shows is that Vancouver, Ottawa, and St. Louis have played much of the season at a certain level, while the scores haven’t shown it. Conversely, Chicago, the Rangers, and Montreal have been getting all sorts of puck luck, making them look like world beaters.

With Corey Crawford, Henrik Lundqvist, and Carey Price in net (and playing extremely well so far) for those three good teams, it makes sense they’re at that end of the spectrum. It also shows how reliant their results have been on goaltending.

After creating this chart, I looked at expected goals game-by-game through Vancouver’s schedule so far, and the results were more stark. The team’s record would be 10-8 (in one game both teams had a dead even xG, so I didn’t include it), rather than the actual 7-10-2. 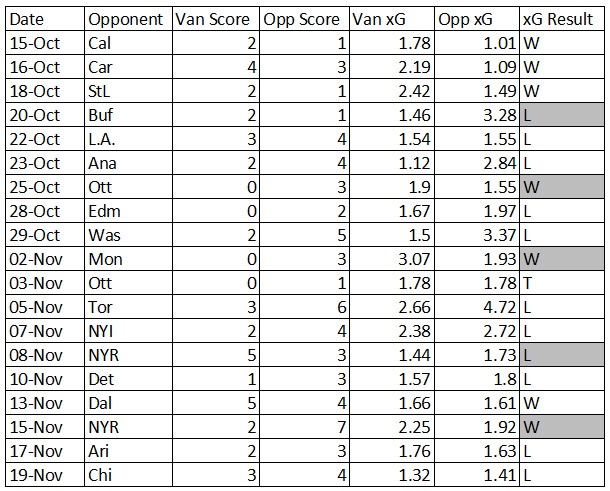 You’ve probably heard of PDO as it’s one of the most well known advanced statistics. You can find an explanation here, but to keep it short, teams’ PDOs have been shown to regress to 100 as the season goes on.

You can see the current PDOs (as of Tuesday’s games) of NHL teams here:

As you can see, Vancouver has the lowest PDO in the league. History has shown that teams with low or high PDOs through the first quarter will come back to 100 as the season goes on.

For the Canucks, that means they’ll have a better shooting percentage and a better save percentage – which should translate into wins.

So what does all this mean for Canucks fans?

It means they’re better than a 65-point team, and if they keep playing how they have been, they could compete for one of those final playoff spots.

Which is exactly what you wanted to hear, right?