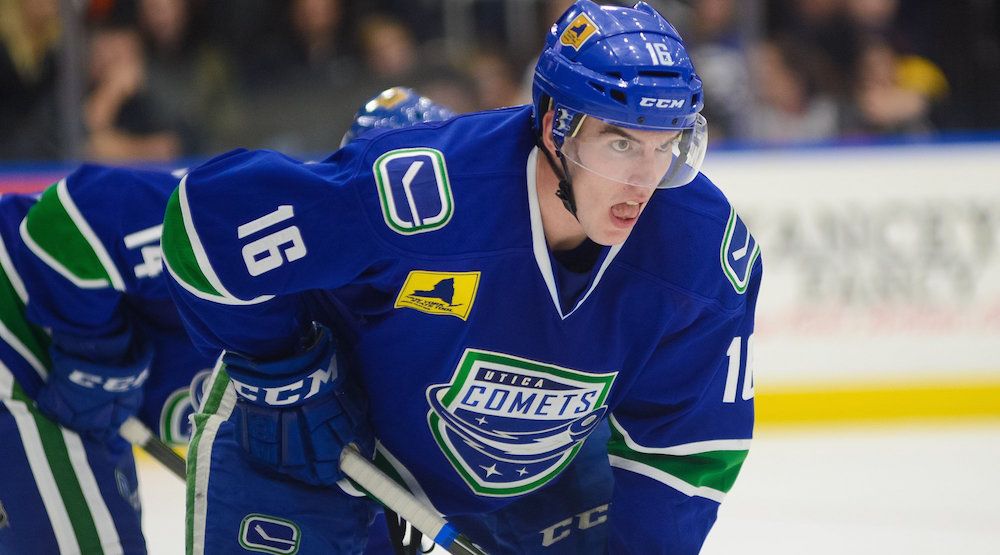 The Vancouver Canucks have called up left winger Joseph LaBate from the Utica Comets, according to the agency that represents him.

The 6-foot-5, 208-pound winger from Eagan, Minnesota is in his second full professional season after completing four years at the University of Wisconsin. The 23-year-old was a fourth round draft pick by the Canucks in 2011 and has yet to appear in an NHL game.

LaBate should add a physical presence just as the Canucks are expected to place Derek Dorsett on injured reserve, though he’ll need to stay disciplined. LaBate was suspended for three games on October 24th for an illegal check to the head.

You’ll notice that LaBate got the call-up ahead of Jake Virtanen, who the Canucks appear to want to keep in the AHL for an extended period of time to help his development.

LaBate could draw into the lineup as early as Vancouver’s next game, Wednesday against the Arizona Coyotes. The Canucks will embark on a three-game road trip, which also includes back-to-back games against the Dallas Stars on Friday and the Colorado Avalanche on Saturday.