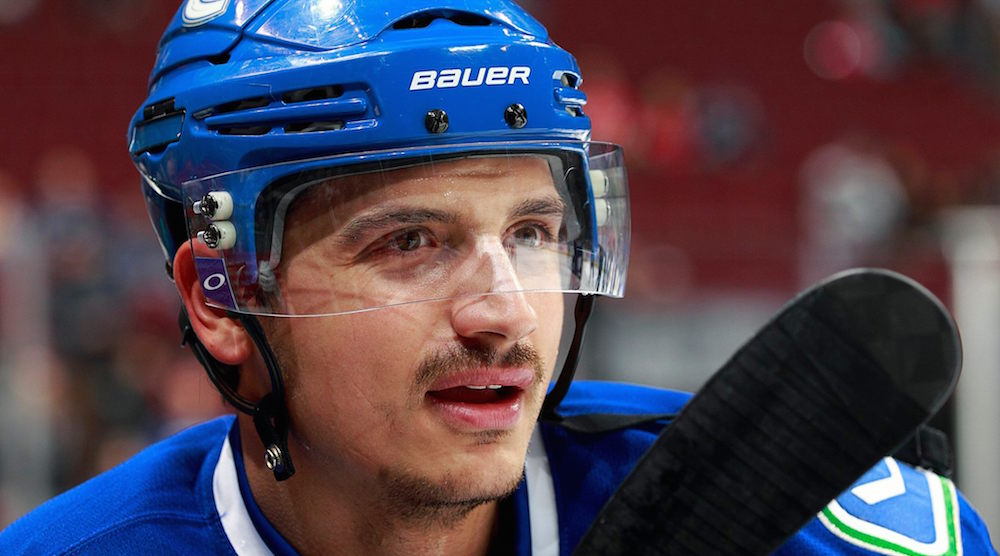 Las Vegas’ NHL expansion team will reveal their name and logo today, which should remind you that the Canucks (and every other NHL team) will have some big decisions to make as we approach June’s expansion draft.

*Update: They’ll be known as the Vegas Golden Knights.

Vegas should be set-up to be more competitive than any other expansion team in NHL history, as teams can only protect seven forwards, three defencemen, and one goaltender OR eight skaters and one goaltender. Vancouver is expected to choose the first option.

This is a departure from the last expansion draft in 2000 when Columbus and Minnesota entered the league. Teams at that time were allowed to protect one goalie, five defencemen, and nine forwards. Not only is that a worse list of players to choose from, but two teams had to fight over that list of players, coming after consecutive expansion seasons where Nashville and Atlanta plucked most of the best fourth liners and sixth defencemen.

That meant that the Canucks lost Darby Hendrickson to Minnesota and Stefan Nilsson to Columbus. Nobody lost sleep over that. Vancouver was hit a lot harder in 1998 and 1999, when they lost Scott Walker and Steve Staios to the Predators and Thrashers, respectively.

All players with no-movement clauses (Henrik Sedin, Daniel Sedin, Loui Eriksson) must be protected, while all players in their first or second year of pro hockey (Jake Virtanen, Ben Hutton), as well as unsigned draft choices, are exempt.

Additionally, each team must expose at least two forwards and one defenceman who are under contract next season, and have played 40+ games in 2016-17, or 70+ combined games in 2015-16 and 2016-17. That’s why the Canucks must keep one of Luca Sbisa or Alex Biega on their roster.

Teams must also expose one goaltender who is under contract next season or will be a restricted free agent, providing the player has received a qualifying offer.

Decisions to be made for Canucks

As far as the Canucks are concerned, their protected lists appear set in goal and on defence, barring any unforeseen transactions over the next few months.

On defence, the Canucks are expected to protect Chris Tanev, Alex Edler, and Erik Gudbranson. Hutton is exempt, as are Nikita Tryamkin, Troy Stecher, and Olli Juolevi.

On forward is where it gets interesting. The Canucks have to protect the Sedins and Eriksson, by virtue of their no-movement clauses. Bo Horvat and Brandon Sutter are also locks to be protected, leaving two remaining spots for players like Jannik Hansen, Markus Granlund, Sven Baertschi, Anton Rodin, Derek Dorsett, and Brendan Gaunce.

Prior to this season, Hansen and Baertschi were the likely choices, but Granlund has put himself into the equation after a relatively strong start to the season. Hansen is the best player of the three, but he’s also going to be 31 years-old at the time of the draft. Baertschi and Granlund will each be 24 in June.

The Canucks will have a number of options as the draft approaches. They could trade Hansen to a contender at the deadline, knowing that keeping him could mean losing one of Baertschi or Granlund.

They could also acquire good player that another team will need to expose on the cheap, providing that player is an upgrade on their current protected list.

Other restrictions on Vegas:

Las Vegas must find a balance, and as you can see below, a number of other good young forwards are available. They also need to take on a minimum amount of salary, meaning they can’t simply take every good young player on low-money contracts. Likely for those reasons, TSN is projecting Vegas will select Sbisa and his $3.6 million cap hit.

In any case, this won’t be the last we hear of this. Expect a number of mock drafts, rumours, and intrigue before June.