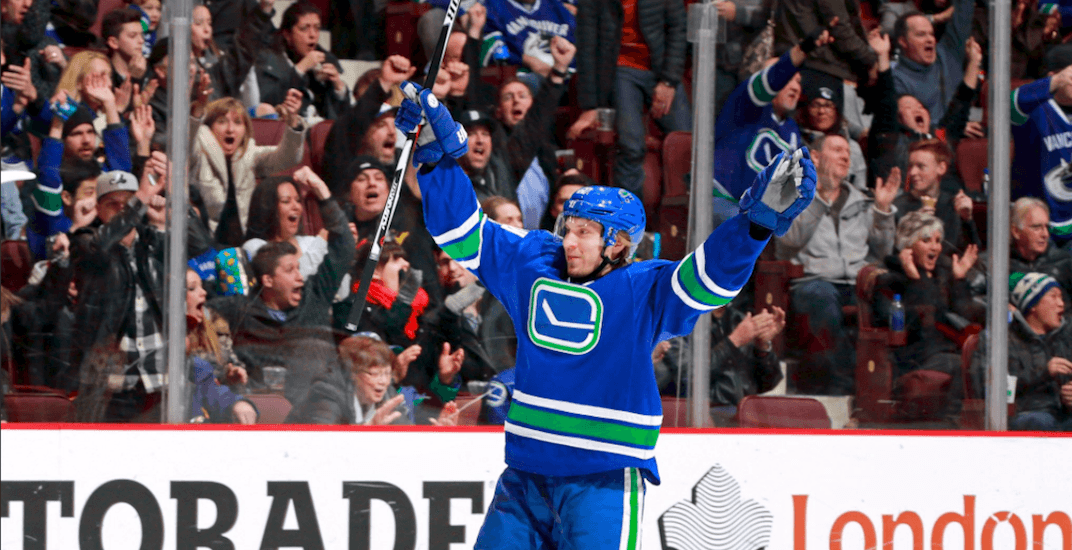 With hours to go until the NHL Draft begins in Dallas, the Vancouver Canucks took care of some business on Friday, re-signing restricted free agent Markus Granlund to a modest one-year, $1.475 million contract.

“Markus is a versatile forward with the ability to play in all situations,” said Canucks GM Jim Benning in a media release. “He plays a complete, two-way game and has shown he can produce offensively. We look forward to seeing Markus continue to develop as a Vancouver Canuck this season.”

The 25-year-old Finn has had an up-and-down time with the Canucks since being acquired for Hunter Shinkaruk in a 2016 trade with the Calgary Flames.

He played 16 unmemorable games down the stretch for the Canucks that year, but roared back in a big way in 2016-17, scoring 19 goals and 32 points in 69 games. Those numbers were inflated a bit by receiving some playing time on the Sedins’ wing, but he still proved himself to be a reliable two-way winger with a decent scoring touch. Beyond the traditional metrics, he showed well in analytics, finishing second among Canucks forwards (minimum 20 games) in Corsi-For percentage (50.67).

Last season was a different story.

Granlund was shuffled all around, seeing significant time at centre during the preseason, but starting on the wing with Brandon Sutter and Derek Dorsett on Travis Green’s checking line.

He never seemed to get in a groove, scoring a disappointing eight goals and 12 points in 53 games. His season ended in February after undergoing ankle surgery.

So what have the Canucks got in Granlund?

It’s hard to say. Perhaps that’s why both parties decided to sign a low-risk contract. Granlund will be a restricted free agent after next season, meaning he’ll be under club control once again.

If he scores 20 goals like he nearly did in 2016-17, the Canucks would be thrilled. Do that, and he’ll be getting a big raise this time next year.