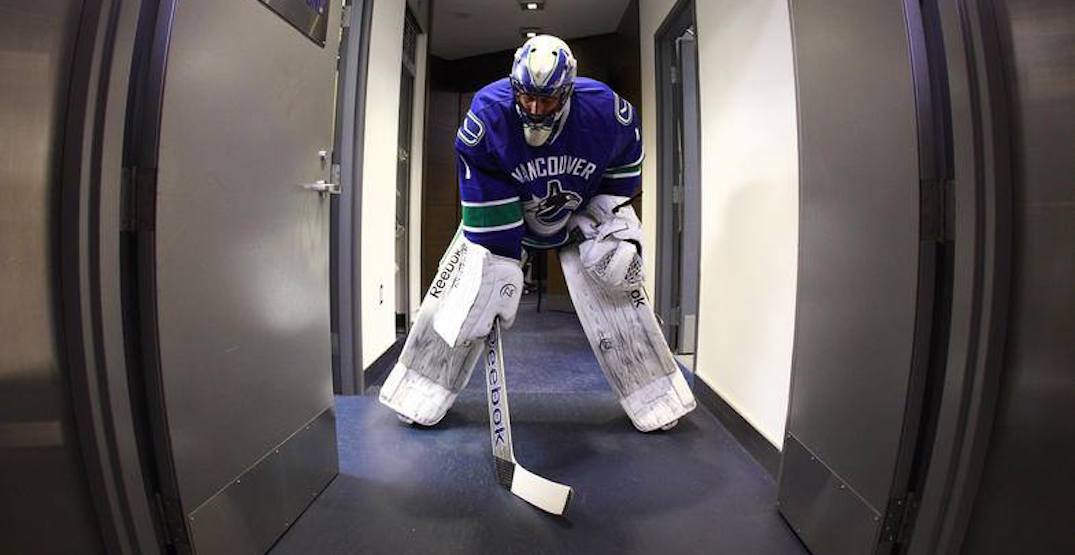 It’s one of the greatest stories in Vancouver Canucks history, albeit for a peculiar reason.

The year was 2007, and the Canucks were facing elimination in Game 5 of their second-round series against the Anaheim Ducks.

In his first season in Vancouver, Roberto Luongo essentially put the Canucks on his back that year. He started a whopping 75 games during the regular season, finished runner up in Hart Trophy voting, and was robbed of the Vezina Trophy.

He was sensational in the playoffs too, and was playing one of the best games of his life when it happened.

After stopping 46 of 47 shots through the first three periods, unheralded backup Dany Sabourin started overtime, with Luongo nowhere to be found. The look on then-GM Dave Nonis’ face said it all.

The future Hall of Fame goaltender, as we later found out, was using the bathroom.

And this is where the magic happened…… #anaheim #playoffs2007 #squirts #💩 pic.twitter.com/TZmjhnOJ

“I was there doing my business and I hear the play starting in the arena,” Luongo told Sports Illustrated in 2016. “So I panicked there. I don’t remember if I wiped. I just put my gear back on, tried to get out there as soon as I could.”

Sabourin was tested, stopping all five of the shots he faced, before Luongo returned to the game.

Though the story has been told before, according to TSN’s James Duthie, the first full account of the infamous poop story can be found in his new book, Beauties.

Beauties features two stories about @strombone1
The foreword is the first full account of the time he missed part of overtime of a playoff game with…err…stomach issues.
The other is his inside story of the 2010 Olympic gold.

But the poop story will be hard to beat.