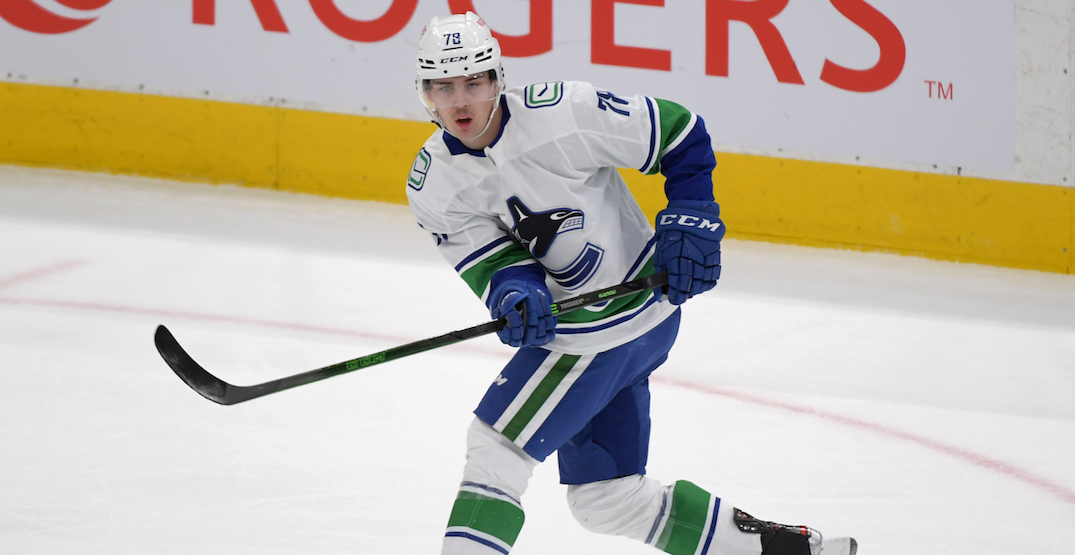 The 22-year-old prospect has been selected by the Seattle Kraken in the expansion draft, according to reports from CHEK’s Rick Dhaliwal and former TSN insider Frank Seravalli, now of Daily Faceoff.

Seattle is taking Kole Lind from the Canucks.

#Canucks will lose forward prospect Kole Lind in the Expansion Draft to #SeaKraken.@DFOHockey

The NHL’s 32nd franchise has made their picks, with most of the 30 selections already leaked by insiders before tonight’s 5 pm PT reveal on Sportsnet.

Seattle chose Lind after days of speculation that they might be interested in Canucks goaltender Braden Holtby — though likely at a reduced price than his $4.3 million cap hit. Other players that may have generated consideration from the Kraken were Zack MacEwen, Matthew Highmore, and Jonah Gadjovich.

The Canucks were able to protect seven forwards, three defencemen, and one goaltender. Elias Pettersson, Brock Boeser, Bo Horvat, J.T. Miller, Tanner Pearson, Tyler Motte, and Jason Dickinson were the forwards. The defencemen were Nate Schmidt, Tyler Myers, and Olli Juolevi, while Thatcher Demko was the lone goalie protected. First- and second-year professionals are exempt from the process, as are unsigned draft picks.

Lind didn’t develop as quickly as the Canucks hoped, after picking him 33rd overall in the 2017 draft. The Shaunavon, Saskatchewan product was a star in junior, but struggled mightily in his first season with the Utica Comets in 2018-19. He showed some promise this year, notching eight points (5-3-8) in eight AHL games, and earning a call up to the Canucks. Lind’s seven-game stint with the Canucks was relatively uneventful though, as he failed to register a point.