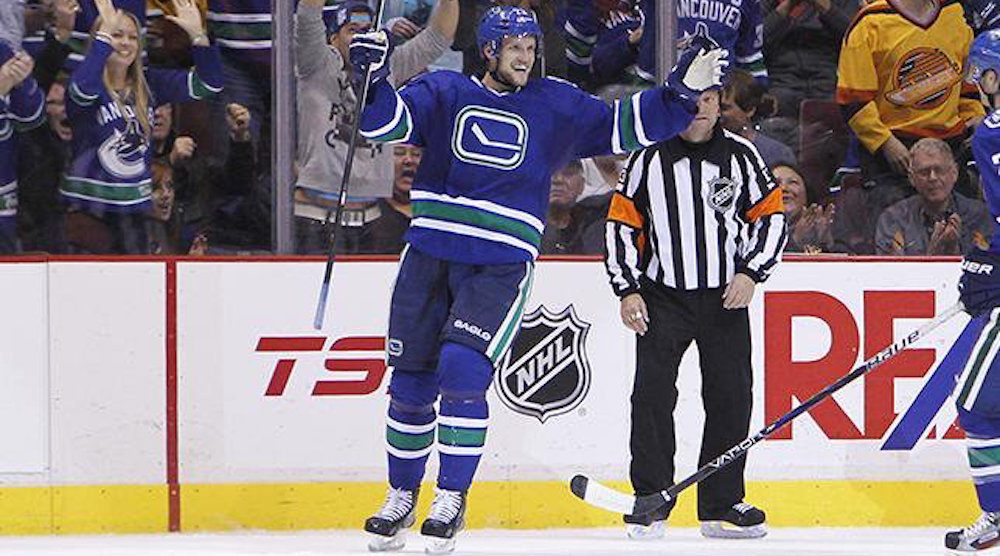 It’s the first game since Santa’s visit for the Vancouver Canucks, who look to rebound from a lacklustre performance against Calgary last Friday.

Tonight they host the LA Kings in what will be the second last game played at Rogers Arena this calendar year.

Coach Desjardins says Jannik Hansen is out with a knee injury and will be sidelined for the next 4-6 weeks.

With Jannik Hansen expected to miss another large chunk of time, Jayson Megna will fill his spot on the first line with the Sedins.

The Canucks will get a huge boost, as Alex Edler will return to the lineup. He’s been out for over a month. If Tuesday’s practice is any indication, Edler won’t be playing alongside his usual partner Chris Tanev, as Willie Desjardins had the twosome playing with Troy Stecher and Luca Sbisa, respectively.

Anton Rodin left the game against Calgary late in the third after blocking a shot, and could miss tonight’s game.

If the Canucks still have any hopes to make the playoffs this year, they’ll need to close out December on a good streak.

They take on the Kings tonight, followed by Anaheim on Saturday and Edmonton on Sunday. All three of those teams are ahead of the Canucks in the Pacific Division.

Tonight’s game is especially important as the Kings are the closest team to the Canucks in the standings of the three, sitting in the final wild card position.

The Kings haven’t been the best of teams this season, despite the fact they hold down a wild card spot right now. They are without starter Jonathan Quick long-term, and some of their heavy contracts have left their depth looking pretty thin.

Anze Kopitar has been a disappointment offensively for the Kings thus far with just 16 points in 29 games, which has left Jeff Carter as the only consistent offensive threat on the roster.

Carter’s 19 goals is more than double the second highest on the team, and he leads the team by a wide margin with 29 points in 34 games.

Jeff Carter is hotter than he’s ever been and for those of us that know him that is physically impossible.

3. Goals may be hard to come by

This could be a low scoring game if these two teams play like they often do. Shots might even be hard to come by in this one.

The Kings are the best team in the NHL at shot suppression, and they match-up against a Canucks team that is consistently one of the weaker teams in shots-per-game, fresh off a 14-shot effort against Calgary.

That said, the only other meeting between the Canucks and Kings this season saw each team score three goals before LA eventually won in a shootout. That game snapped the Canucks’ four-game winning streak to start the season. That feels like a long time ago now.

The Canucks have the advantage in goal, but the Kings have survived better opponents with Peter Budaj in net this season, including Vancouver once already.

There’s a reason the Canucks have lost four of their last five against against the Kings, and it has to do with consistently being outshot and outhit.

It’ll be another low scoring game for the Canucks, with Daniel Sedin and Bo Horvat potting goals in a 3-2 loss to the Kings.