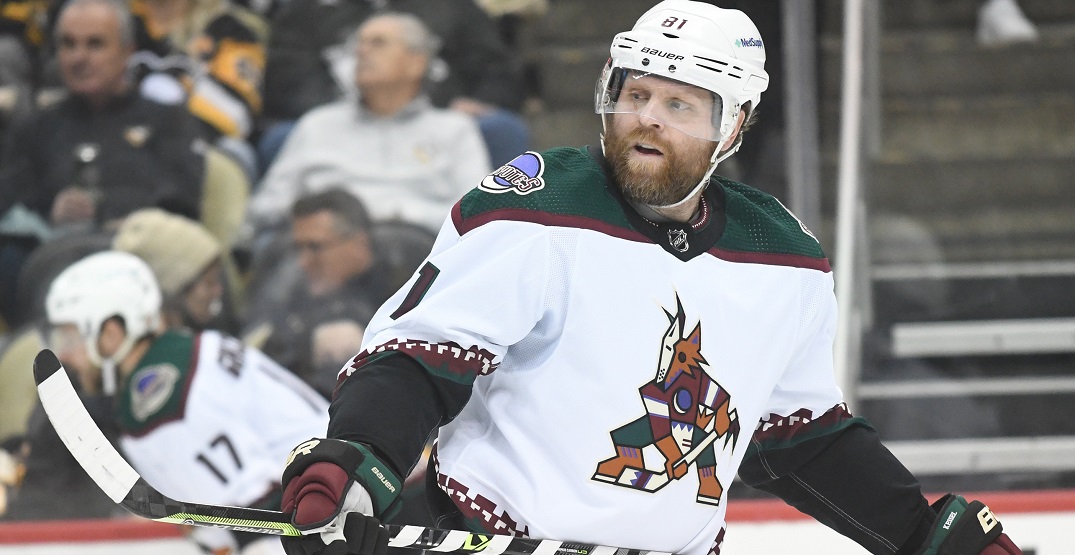 The Vancouver Canucks are searching for a fan who threw a hot dog at Arizona Coyotes forward Phil Kessel at a recent game.

In a since deleted TikTok from user _thomascon, a fan appears to buy a hot dog and then direct it at Kessel during last week’s Coyotes-Canucks game at Rogers Arena.

“What he did was completely disrespectful and not welcome at Rogers Arena. We won’t stand for it and are in the process of identifying this guy and determining what our next steps will be,” a Canucks spokesperson wrote in an email to Daily Hive.

In case you’re unfamiliar with Kessel’s history in the frankfurter department, the association stems from a 2015 column from Toronto Sun writer Steve Simmons following the former Toronto Maple Leaf forward’s trade to the Pittsburgh Penguins.

“The hot dog vendor who parks daily at Front and John Sts. just lost his most reliable customer. Almost every afternoon at 2:30 p.m., often wearing a toque, Phil Kessel would wander from his neighbourhood condominium to consume his daily snack,” Simmons wrote back in July 2015.

The accuracy of Simmons’ story was highly disputed, including an in-depth investigation by a pair of writers at Leafs blog Pension Plan Puppets that seemed to debunk the validity of the near-daily hot dog theory.

After winning the Stanley Cup with Pittsburgh for the second time in two years in 2017, Kessel infamously posted a photo eating hot dogs out of the famed trophy.