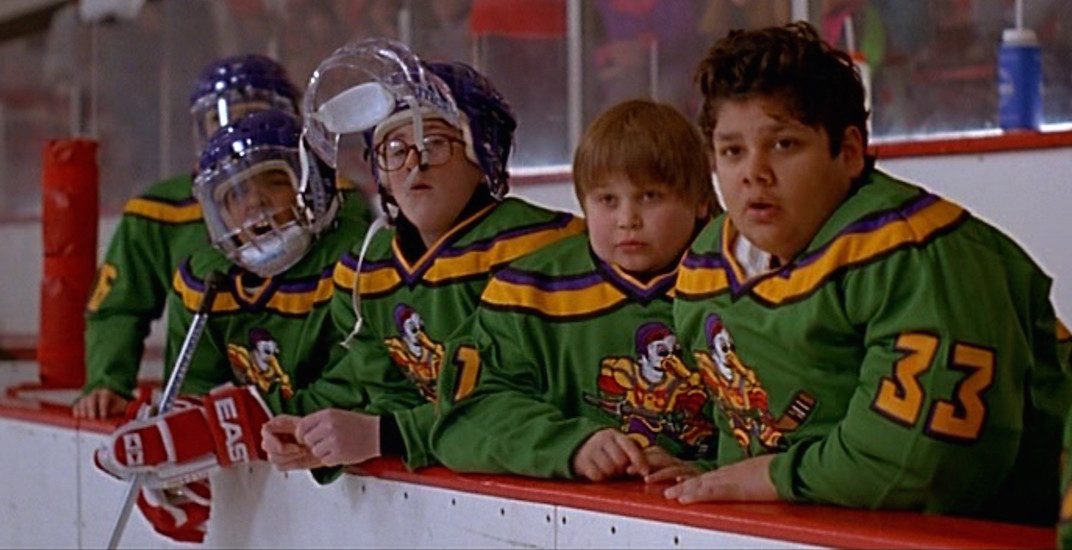 If you’re a fan of fun jerseys, you’re going to love what the Kalamazoo Wings have planned this season.

The new ECHL affiliate of the Vancouver Canucks will dip into some 1990s pop culture nostalgia, the team announced. The Wings will don jerseys inspired by the 1992 movie The Mighty Ducks.

And they look pretty slick.

Kalamazoo will wear the unique green jerseys for their home game on December 22. No word yet on the team implementing the flying V, knuckle puck, or triple deke.

The Wings have a number of other fun jerseys planned for the season, including American-military-themed uniforms on November 11:

We'll salute our troops on Nov. 11 when the @ECHLThunder come to town in these military-themed threads. pic.twitter.com/7KS5XriDBl

January 20… good vs. evil. Wings vs. @myqcmallards. Will Captain America prevail? You'll have to be here to find out. pic.twitter.com/HzHuoRGttC

We're hoping the luck of the Irish is on our side when we take on @CincyCyclones during the 37th annual green ice game! pic.twitter.com/fyAFjVrhT5