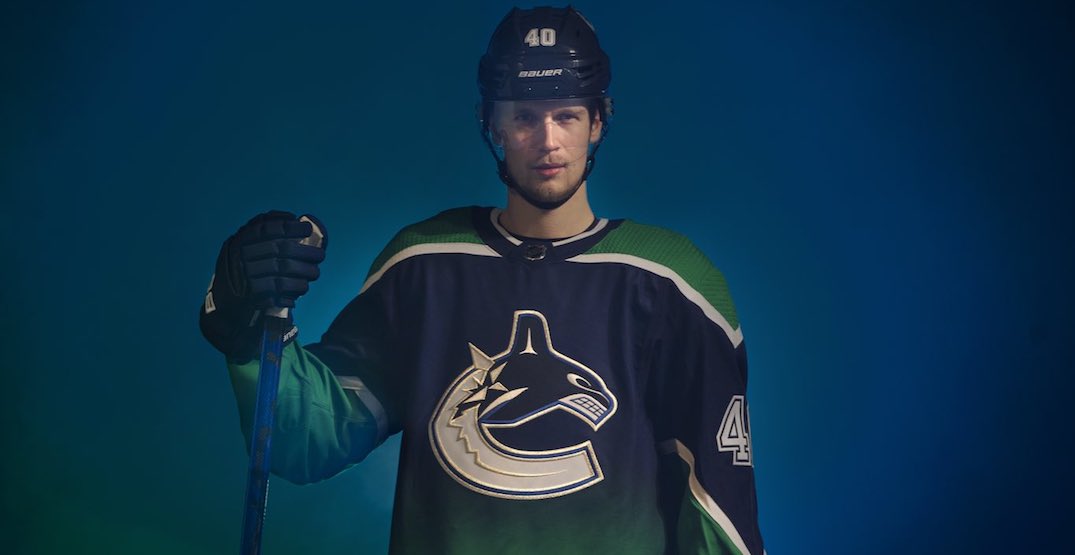 At long last, we’ll get a look at the Vancouver Canucks’ new reverse retro jerseys for the first time tonight.

The Canucks return home after their most impressive win of the season in Calgary, for a stretch of four games that could propel them back into the North Division playoff race.

They’ll play the Winnipeg Jets tonight (7 pm PT on Sportsnet) and Sunday at Rogers Arena, before welcoming the Edmonton Oilers to town for games on Tuesday and Thursday. Both Winnipeg and Edmonton are teams that Vancouver is chasing in the standings, making this a hugely important stretch. 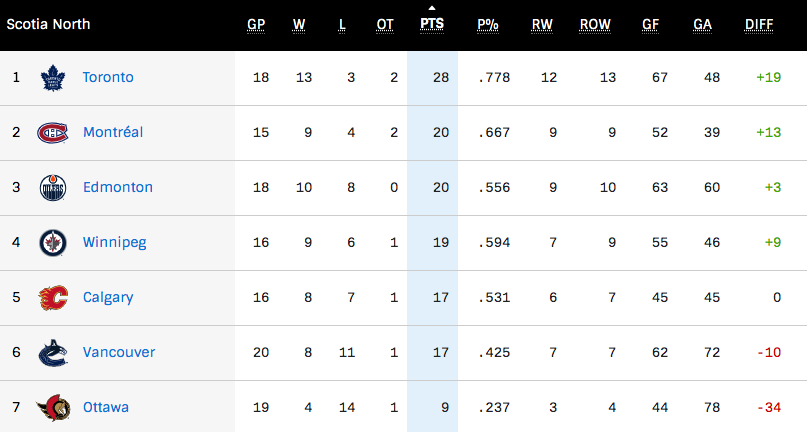 The North Division standings don’t look so bad for the Canucks, until you look at the games-played column. The Canucks trail the Jets by just two points, but Winnipeg has four games in hand, making it a difficult deficit to overcome.

If they can take seven of eight points, they’ll be back to .500 and in decent shape going forward — though certainly they won’t be able to take their foot off the gas pedal at any point during this shortened 56-game season.

The Canucks haven’t won consecutive games this season in games that don’t include the Ottawa Senators, so they’re long overdue for a winning streak.

Prepping for the Jets. pic.twitter.com/L4UQUQChWU

The Canucks will wear their brand new green gradient ‘reverse retro’ jerseys for the next four games, with the team breaking in navy helmets, pants, and gloves at practice today.

Defensive issues behind them?

The Canucks appear to have fixed their structural issues that contributed to them giving up so many Grade-A chances early on this season. They’ve given up an average of just 25.4 shots and 2.4 goals per game in their last five contests, which is well below their season averages that have them near the bottom of the NHL in both categories.

It appears the Canucks will catch a break tonight, as former Vezina Trophy winner Connor Hellebuyck is getting the night off.

#NHLJets HC Paul Maurice confirms G Laurent Brossoit, Thompson in for Vesalainen up front. Goal is for Dubois to make it through a full practice on Saturday and then he would be under consideration for Sunday’s game.

Laurent Brossoit should get the start instead, though the Canucks better not take him lightly, as the Surrey goaltender has a very respectable .918 save percentage in three games this season.

This is just the fourth time in 21 games this season that a team has started their backup against the Canucks, as Vancouver faced Ottawa’s Marcus Hogberg once and Montreal’s Jake Allen twice.

Meanwhile for the Canucks, Green confirmed that Thatcher Demko will return to the net, after Braden Holtby earned a win in Calgary.