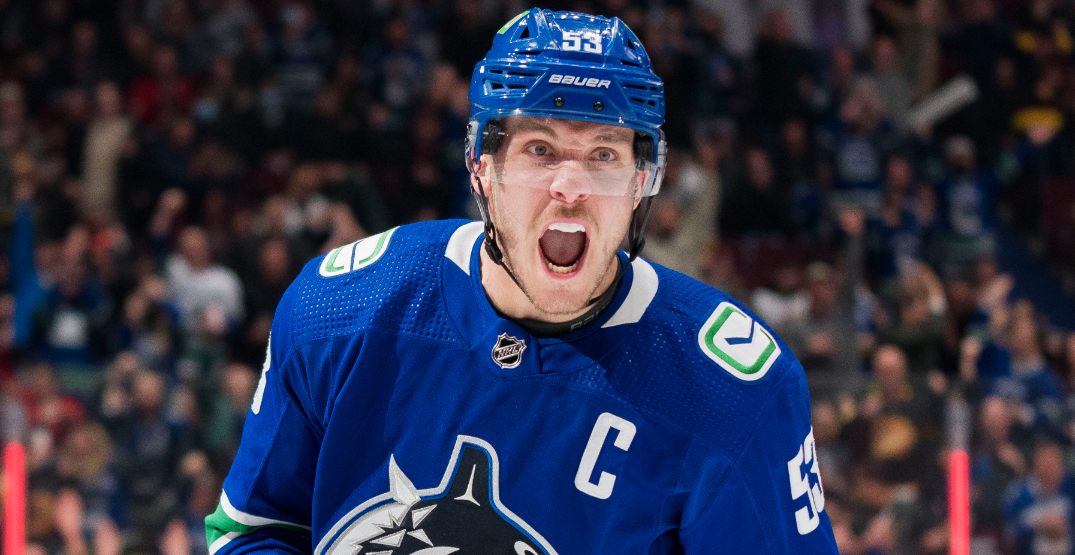 Bo Horvat could be sticking around with the Vancouver Canucks for a long time on a new contract.

“I’m hearing a lot of positive things about a Horvat extension getting done this summer,” CHEK’s Rick Dhaliwal said on the Donnie and Dhali show.

"I am hearing a lot of positive things about a Horvat extension this summer.."

In our first segment the guys talked about the latest talk around Bo Horvat and J.T. Miller.https://t.co/h4e2SKLzpb pic.twitter.com/mHcUF2eM1D

“Horvat, I think he’s gonna be extended this summer,” Friedman said. “I think they’re on the way to do that.”

Horvat is entering the final year of a six-year contract worth $5.5 million per season.

Originally drafted at ninth overall in the 2013 NHL draft after the pick was acquired in exchange for Cory Schneider, Horvat has spent his entire career with the Canucks.

Following the retirement of Henrik Sedin, Horvat was named the team’s captain in October 2019.

Horvat is set to be an unrestricted free agent in the summer of 2023, but a new long-term contract extension would quell any rumours of him leaving Vancouver anytime soon.