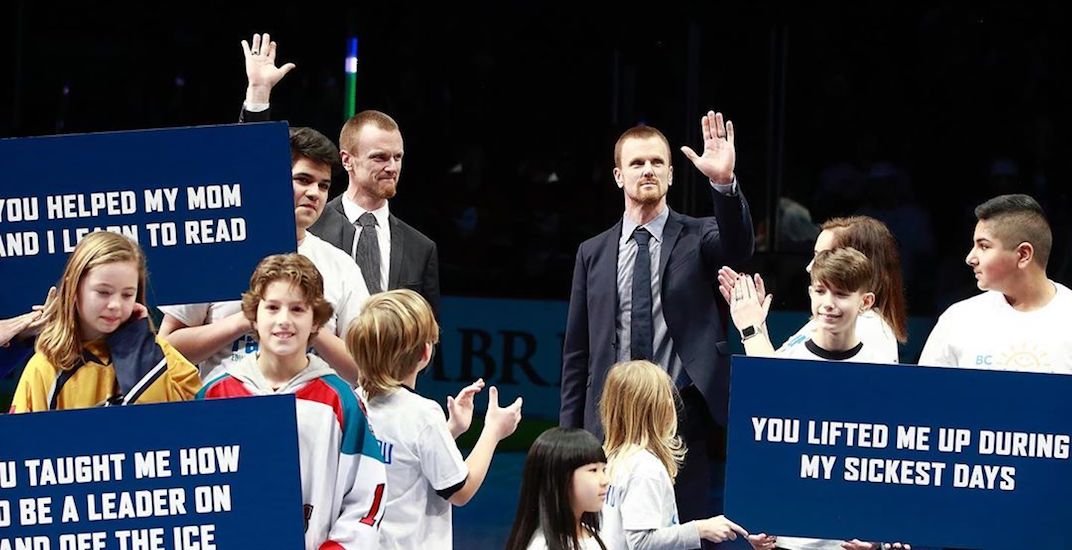 Canucks fans got another chance to salute Henrik and Daniel Sedin Sunday afternoon, this time for their many contributions to the community.

Dubbed the “Legacy game,” this was the final instalment of Sedin Week.

Prior to puck drop against the Anaheim Ducks, the Canucks welcomed a group of children representing five different organizations that the Sedins have helped directly: Canuck Place Children’s Hospice, Canucks Autism Network, BC Hockey, Canucks Family Education Centre, and BC Children’s Hospital.

The Canucks for Kids Fund raised $42 million during the Sedins’ tenure, and of course Henrik and Daniel famously donated $1.5 million of their own money to BC Children’s Hospital in 2010.

The Sedins have also frequently donated their time, lifting the spirits of sick children.

Here’s a look at the pre-game ceremony:

Daniel and Henrik took part in a special puck drop pre-game alongside kids who were directly helped by the Sedins. 👏👏 pic.twitter.com/EKVAaiCeNF