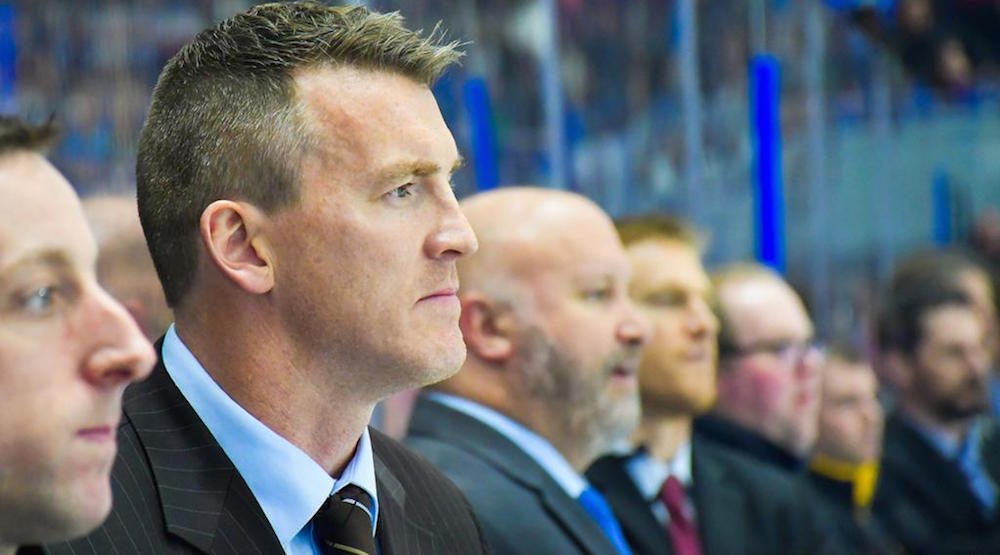 The Comets finally have their man.

When the Canucks promoted Travis Green two months ago, it left a void with the team’s AHL affiliate in Utica. That void has been filled, as Trent Cull has been introduced as the second Utica Comets coach in team history.

Cull is not a name that many expected to hear. The 43-year-old from Georgetown, Ontario comes to the Canucks organization from his job as an assistant coach with the Syracuse Crunch, a position he held for four seasons. The Crunch made it all the way to the Calder Cup Final last season.

Prior to rejoining Syracuse (he spent an additional four seasons there as an assistant between 2006 and 2010), Cull was the head coach for the Sudbury Wolves of the OHL three seasons. In Sudbury, Cull compiled a 94-88-11-11 head coaching record.

“Trent is a passionate Head Coach with significant AHL experience,” said Benning. “He understands the development path of a young player, including the challenges they face, and has been a part of many successful organizations. Trent is a teacher with a positive, energetic work ethic. We’re excited to welcome him and his family to our organization.”

“This is an exciting day, as we announce the second coach of the Utica Comets for our fifth anniversary season,” Utica Comets president Rob Esche said. “I was very fortunate to have played with both coaches (Travis & Trent) and I feel that Trent’s character and vision will resonate with both his team and Comets fans while strengthening the hockey culture in our area.”

Cull played 11 seasons as a defenceman in the AHL and IHL with five different teams.

By no means is this a sexy hire. Cull doesn’t have professional head coaching experience and his teams didn’t make it past the second round in three seasons in the OHL.

That doesn’t mean he isn’t a good hire, and the proof will be in the pudding next season.

Trent Cull talks about how he wants his team to play.
Jordan Subban is mentioned. pic.twitter.com/UpbABBd7wc

Cull will be entrusted with developing Canucks prospects, which are more plentiful and have more potential than in recent years.