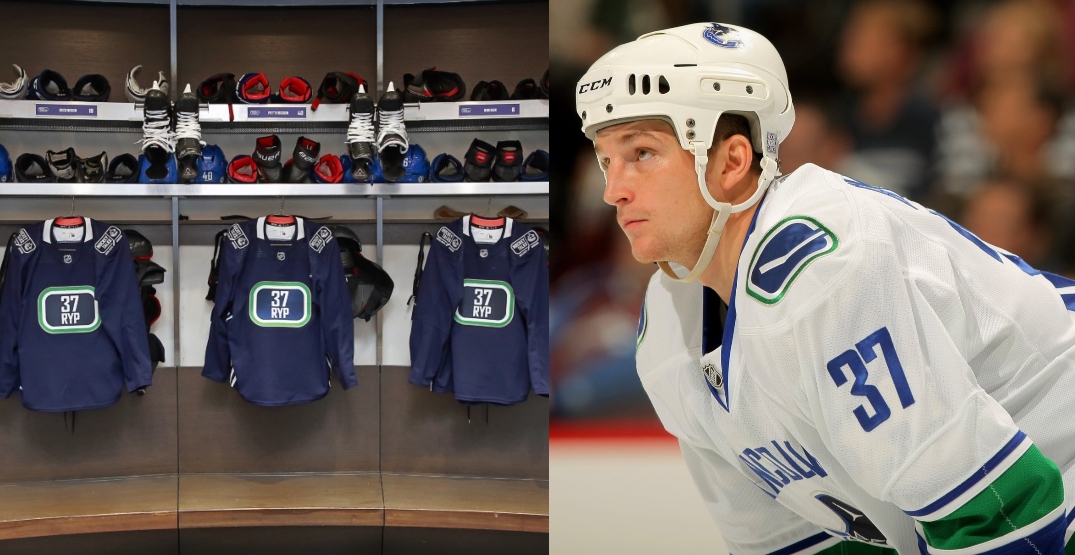 No Thatcher Demko, no J.T. Miller. No Bo Horvat or Conor Garland.

Certainly feels like the Vancouver Canucks will be hard-pressed to secure a victory when they host the Florida Panthers tonight.

And while it’s true, the Canucks are in tough on the ice, on some level, the organization has already ensured that tonight will yield a positive result.

That’s because the Canucks are hosting their 10th annual Hockey Talks night at Rogers Arena.

Hockey Talks, if you don’t already know, is the program inspired by the passing of Rick Rypien a decade ago. It’s designed to support positive change around mental health and mental health issues.

#HockeyTalks is a program that was inspired by Rick Rypien, a former Canuck, who tragically lost his battle with mental health issues in 2011.

Tonight, we will share resources and encourage discussions around breaking the stigma surrounding mental health. pic.twitter.com/HqWF68sruP

And the very fact that it’s happening, for a 10th time, is a terrific illustration of how the attitude of the hockey world is changing. And we all know that the hockey world doesn’t always embrace change.

But the fact that we not only accept a night at the rink devoted to mental health, but we embrace it, shows that walls are coming down.

It’s no longer taboo to see or hear a player like Tyler Motte openly and willingly discuss his battles with depression, or a player like Montreal’s Jonathan Drouin take a leave to get away from the pressures of the game.

These guys aren’t soft or weak. They’re human, and they’ve come to the realization that without their mental health as a priority, they’re not able to play the game at the level that they need to.

Years ago, admitting ‘weakness’ or stepping away from the game would surely have drawn scorn from fans and media, and you can only imagine how that would have gone over inside the locker room.

Thankfully, that’s no longer the case, and that’s a great thing. And it’s why nights like tonight are important and valuable, and worth celebrating.

In honour of #HockeyTalks, we will be making a $20,000 donation to @KidsHelpPhone.

Just this year, Kids Help Phone has connected with over 1,100 young people every single day. Thank you Kids Help Phone for everything you do, we are proud to support such important work. pic.twitter.com/d88RkW28m2

But it’s also so important to note that it’s a shame Rypien didn’t have a program like Hockey Talks to help him through his struggles. Now, because of Rypien, the hockey world is a better and safer place for others.

So tonight as you watch the Canucks and the Panthers, you’ll see hockey players on the ice. While they may be heroes to some, ultimately they are human beings dealing with the same issues so many in society face on a daily basis.

You’ve heard it a lot over the past couple of years, but we are all in this together.

So take part, engage and get involved in the discussion tonight. Be sure to use the hashtag #HockeyTalks as you do, and recognize that the hockey world has made great strides in the area of removing the stigma around mental health issues.

The work is by no means done, but the work that has been done in the last decade alone, is something the entire hockey community should take pride in.