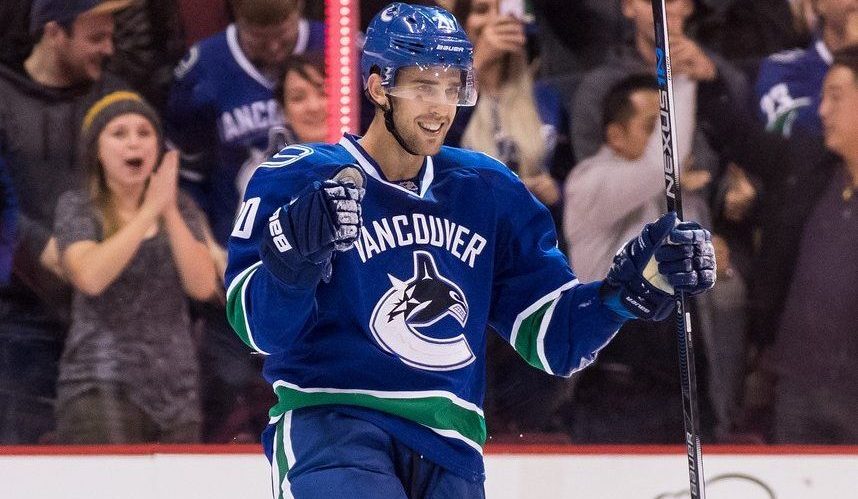 Two games into the regular season and – this is a nice surprise – the Canucks are 2-0!

Of course a nice start isn’t going to change the minds of many… Will it?

Poll: Has the #Canucks start changed your viewpoint on the team?

Personally, I prefer to wait longer than two games. But if they beat the Blues on Tuesday….?

It’s not just that the Canucks have won two in a row to start the season, it’s how they’ve done it, coming from behind in the third period in both games.

Who are these guys?!

Admit it, when you saw Loui Eriksson score a goal on his own net on Saturday you thought “it’s going to be another one of those seasons.”

You might still be correct, but at least it wasn’t another one of those games.

Unlike Shane O’Brien, Eriksson was able to help write a happy ending after his gaffe.

New Canucks sniper scores on his own net before the opposition’s, come on, the Canucks always lose that game. Except this time it was different. Sweet justice, as Eriksson helps to set-up the tying goal and the home team wins.

They didn’t play Eriksson’s goal song when he scored, of course, so we’ll have to wait and see what it will be this season.

The Canucks are continuing with personalized goal songs this year, with each song being revealed when a player scores at Rogers Arena for the first time.

Word from those in the know last year was that Ben Hutton had perhaps the best one, but as luck would have it, he didn’t score a goal at home in 2015-16.

Hutton finally scored his first goal at Rogers Arena on Sunday, and it was revealed that his personalized goal song is Get Up by 50 Cent.

Here’s a selection of the songs we know so far:

With all due respect to Brandon Sutter, this goal song has got to go:

Love these behind the scenes videos the Canucks produce.

Get a big win, do a little dance!

Check out the #Canucks dressing room reaction after their comeback win. pic.twitter.com/JJPEuOKCJK

Check out Jake Virtanen’s dance moves near the end.

Of course Virtanen won’t be dancing if he gets suspended or fined for this:

Jake Virtanen knock Nordstrom down, and then pushes his head. #Canucks pic.twitter.com/iSsAKukrAQ

Virtanen has already been suspended before in his short career, and he’ll quickly get a reputation if he keeps this kind of play up. Smarten up.

Tryamkin waits in the wings

If everyone stays healthy, a story that will grow legs as long as his, will be the story of Nikita Tryamkin and his stunted growth as a hockey player.

Tryamkin is just 22 years-old and has watched the first two games from the press box. Most teams would send a player in Tryamkin’s situation to the AHL for seasoning, but the Canucks can’t, given the out-clause in his contract.

Of course, it’s just a matter of time before someone goes down with an injury and Tryamkin gets into game action. Still, the longer this goes, the bigger it will become.

Vancouver will get what is easily their toughest test so far, as the St. Louis Blues come to town on Tuesday. They play the Jack Eichel and Evander Kane-less Buffalo Sabres on Thursday, before heading on the road for the first time for a pair of games in southern California.