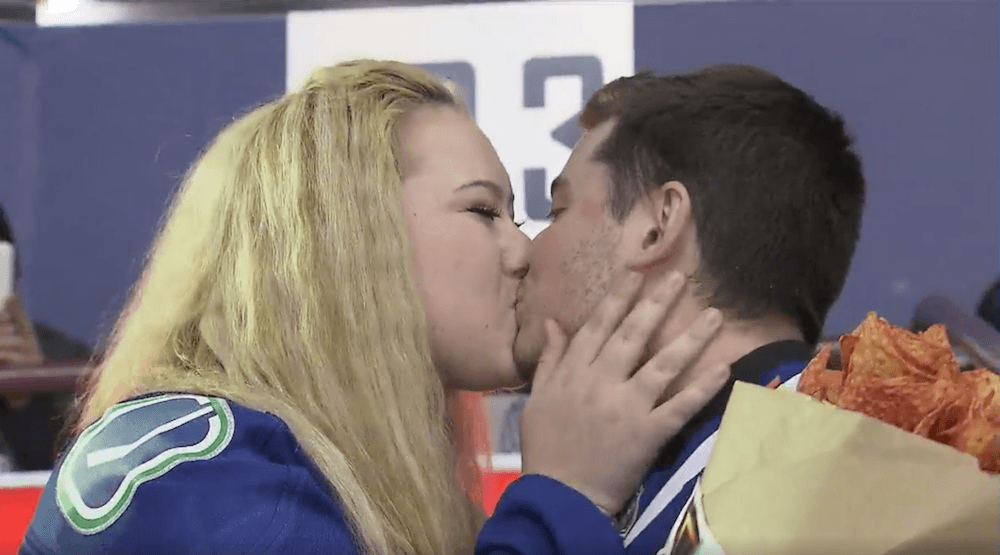 It’s a story as old as time.

Man meets woman. They fall in love. Then the man waits for woman to ask him to marry her.

It wasn’t conventional, but there was a marriage proposal at Thursday night’s Canucks game.

And yes, she did the asking.

Canucks in-game host Hannah Bernard was in on the surprise, as ‘Brandon’ thought he was participating in an in-game contest called the “puck shuffle”. Wearing a Henrik Sedin jersey, Brandon was surely surprised to see “Will you marry me?” on the scoreboard.

That’s when Brandon’s girlfriend, wearing a Daniel Sedin jersey, popped out from the tunnel at section 103, armed with a bouquet of Doritos Ketchup Roses, and popped the question.

How did you guys get engaged?
Oh you know, #Canucks Puck Shuffle proposal! pic.twitter.com/3tR7I0mHCv

You can’t actually hear Brandon respond (the microphone wasn’t on him), but fear not, as we have confirmed that he did indeed say “yes!”