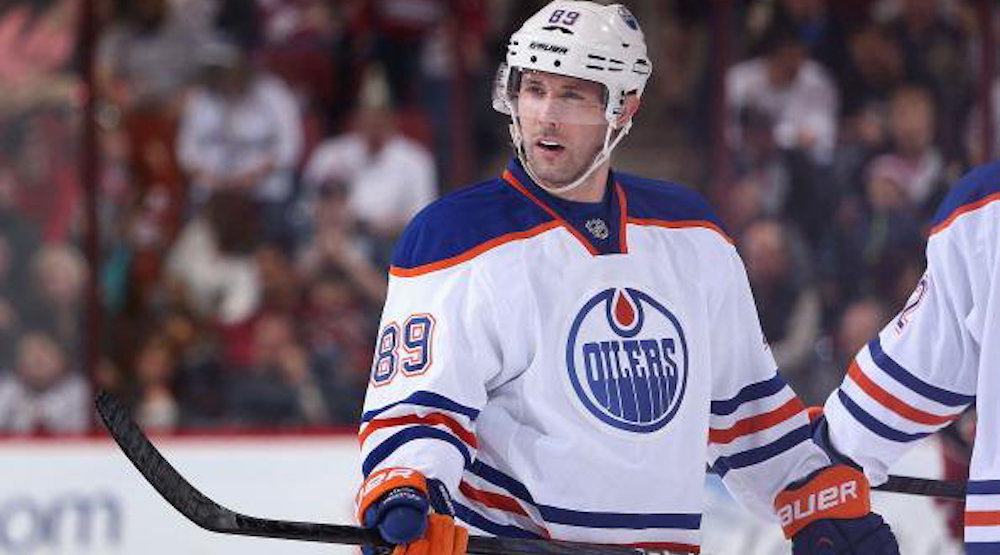 The Canucks were extremely busy at the start of free agency, signing five new players, but were they the right moves?

The Canucks inked Sam Gagner, Michael Del Zotto, Alexander Burmistrov, Anders Nilsson, and Patrick Weircioch. Although the team now has improved organizational depth with the new signings, it’s not all roses — there are rightful questions to be raised about how committed Vancouver is to a full rebuild after this.

Busy morning for GM Jim Benning, who signed six players in free agency. He discusses every #Canucks move and what they mean to the team. pic.twitter.com/nx3zSqOota

First, these signings mean that there are fewer roster spots for the younger players come opening night. Adding two new defencemen could mean that Olli Julolevi won’t make the Canucks’ roster to start the season, for instance.

With the signings of Gagner and Burmistrov, there’s suddenly a log jam on the wings which could mean that a young player like Nikolai Goldobin will be sent down to the AHL.

But perhaps the biggest issue with these signings is that it removes cap flexibility the team might have that can be used to acquire future assets, an important part of being a rebuilding team. According to Cap Friendly, the Canucks currently have nearly $9.5 million in cap room.

That’s quite a healthy amount, but it doesn’t include Bo Horvat, who stands to receive a big raise this summer. In not too long, the Canucks could find themselves with under $4 million in cap space.

As of right now, the Canucks are currently spending more on players than the Stanley Cup Champion Pittsburgh Penguins, and legit contenders such as the Tampa Bay Lightning and Nashville Predators. They will be spending considerably more than other full-rebuild teams such as New Jersey, Arizona, and Buffalo. 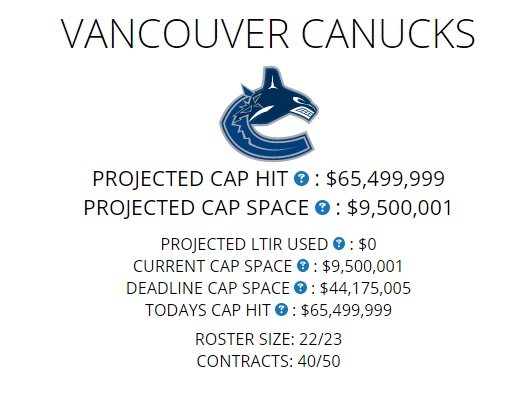 For a long-term view, the Canucks would have been better off restraining themselves with so many signings and using that cap space to their advantage to take on bad contracts for picks and prospects — asset accumulation. Once they acquire enough assets after a couple of years, they can use those extra picks and prospects to pick up players from teams that have to unload salary.

Two great examples of this are the Arizona Coyotes and New Jersey Devils. Arizona was able to move up in the draft last year simply by eating a year of Pavel Datsyuk’s contract and this year got one of the best shot-suppressing defencemen in Niklas Hjalmarsson by having the flexibility to take advantage of the cap-crunched Blackhawks once the opportunity arrived. They also got a solid prospect in Lawson Crouse for taking David Bolland off the hands of the Florida Panthers last August.

As well, New Jersey just acquired Marcus Johansson from the Capitals for a second and third round pick, both of which weren’t even theirs to begin with. The second rounder was Florida’s for eating Marc Savard’s contract and the third rounder came from Toronto for signing Lou Lamoriello.

Teams are always looking to unload contracts and the Canucks could have been the beneficiary of that. Andrew MacDonald has three years left on his deal at $5 million per season, and I’m sure the Flyers would give up a decent pick and a prospect to get out of that one. Marian Gaborik has four years left at $4.875 million on his deal, and you could theoretically take him off LA’s hands for draft picks and then perhaps immediately put him on LTIR.

If these deals meant that management would consider moving someone with tremendous value such as Chris Tanev for picks and prospects due to this newfound depth and giving younger players a bigger role, then even better. Unfortunately, the Canucks don’t seem at all interested in the concept.

In this case, the Canucks were probably better off staying out of the free-agent market and instead weaponizing their cap space to pick up extra draft picks and prospects, as well as giving younger players a chance to succeed. Having cap space is an asset — just like a draft pick — and if you have enough, you can take advantage of other team’s mistakes down the road when they arise.