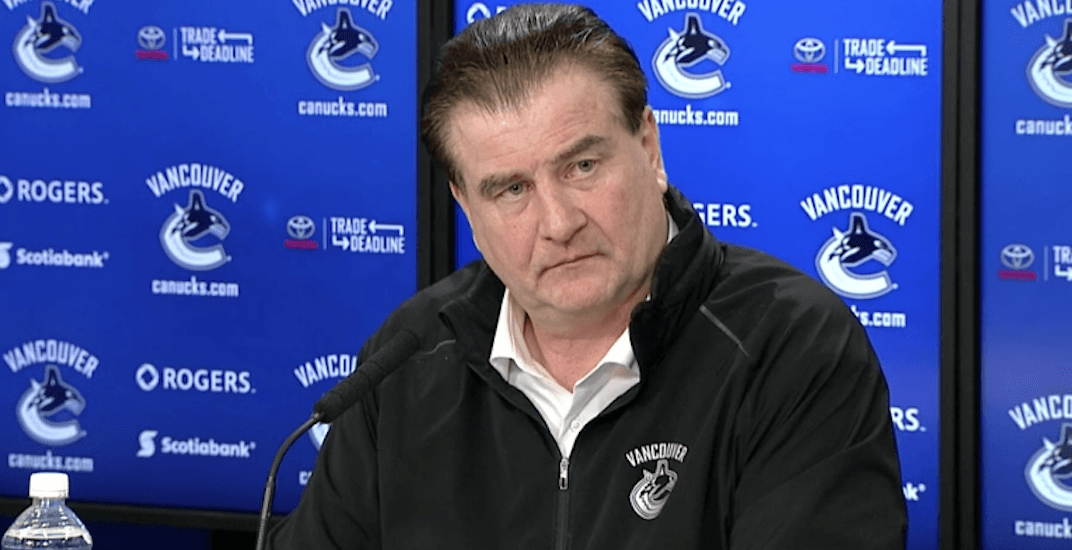 For fans, there is no more polarizing member of the Vancouver Canucks right now than Jim Benning.

When it comes to the job he has done as GM of the team, Canucks fans couldn’t be more divided.

TSN 1040 asked fans if they agreed with the Benning extension on Saturday, with just 52% of people responding positively to the news. 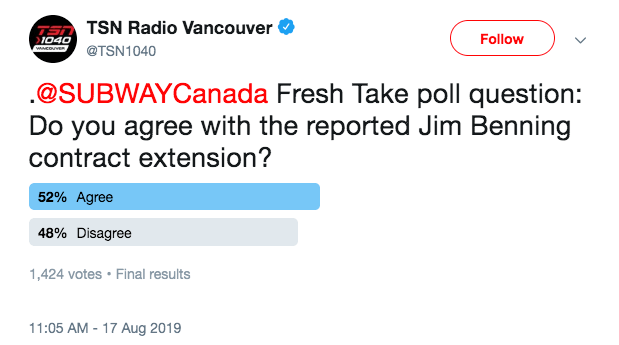 Sportsnet 650 put out a similar question Monday morning, with 60% of fans agreeing with the move by Canucks ownership. 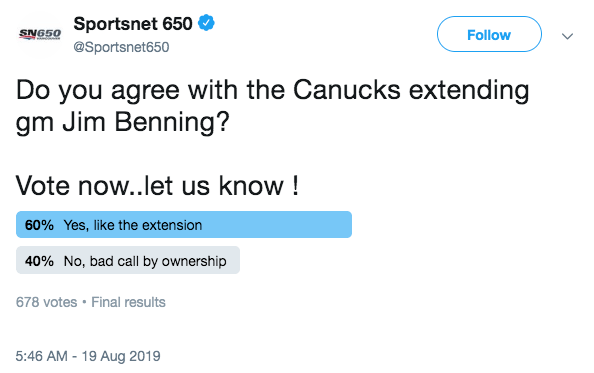 Debates about Benning rage on a usual basis on social media, even through the summer months.

Those in favour of the Canucks changing GMs are often seen as negative and impatient. Conversely, fans who support the current regime, dubbed ‘Benning bros’ by some on Twitter, have been painted as being blindly loyal.

Here’s a selection of the reaction on Twitter after Elliotte Friedman broke the news on Friday afternoon: 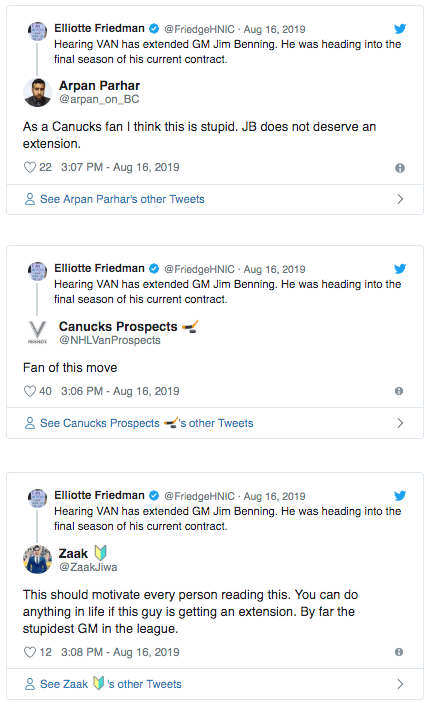 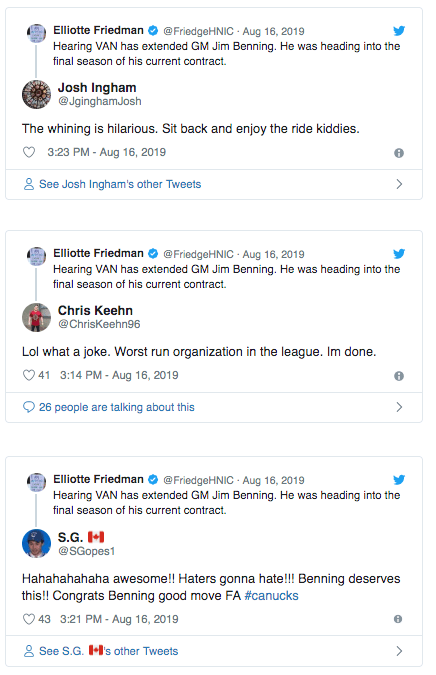 It’s not hard to understand why there’s some division.

Benning has been in charge for more than five years, making him the 11th-longest tenured GM in the league. During that time, the Canucks have made the playoffs just once, missing by a wide margin in each of the last four seasons.

By contrast, the Canucks will enter next season with a great deal of optimism. With many players that Benning drafted now on the team, the Canucks improved their roster this summer with the additions of JT Miller, Micheal Ferland, Tyler Myers, and Jordie Benn.

Will it be enough to make the Canucks a playoff team? Oddsmakers don’t think so, but they’re likely on the bubble. 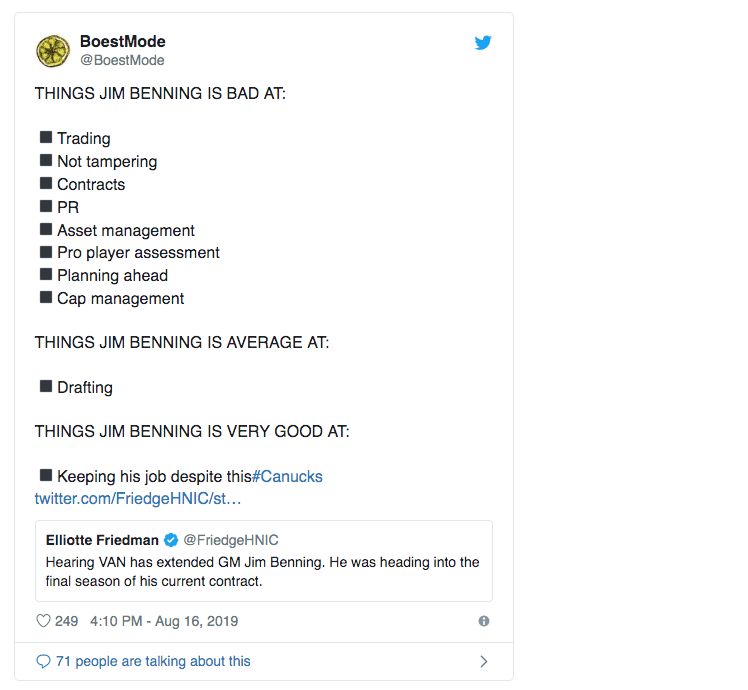 Benning’s critics will point out that giving up a first-round pick for Miller was an overspend, as was committing $30 million over five years for Myers. These issues are coupled with the Canucks’ salary cap mismanagement, which will see them pressed up against the cap despite the lack of team success in recent years.

On the flip side, it’s hard to put a price on the ability to find star players in the draft, which is something Benning has done with Elias Pettersson, Brock Boeser, and possibly Quinn Hughes.

Though when you’re picking near the top of the draft every year, shouldn’t the expectation be to find top-end talent?

Extension or not, the pressure is not off Benning. A new contract is a vote of confidence from ownership, but that can go out the window if his latest moves blow up in his face.

The Canucks need to take a big step forward next season, and certainly have to prove to be a playoff team by 2021, if not by 2020.

If they fail to do that, surely Benning’s support will dwindle in the fanbase, and perhaps finally with his bosses too.