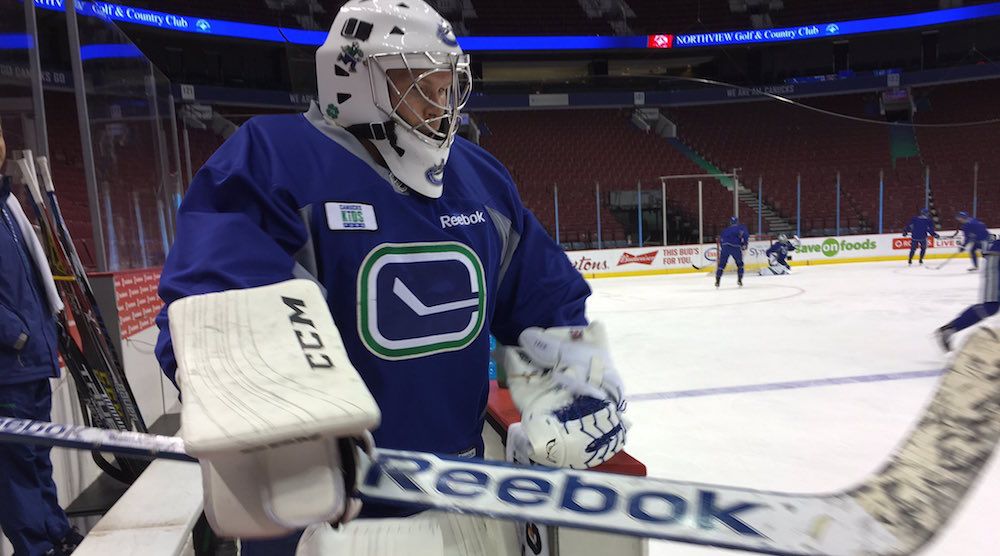 Twitter was abuzz this morning when news broke that Ryan Miller didn’t join his teammates for the morning skate at Rogers Arena.

Assistant athletic trainer Dave Zarn, the goalie pictured above, was thrust into action and stepped in.

Miller eventually took to the ice with goaltending coach Dan Cloutier after his teammates finished practice.

Jacob Markstrom will get the start in goal tonight against the St. Louis Blues, a game that Miller was scheduled to start.

While the Canucks are still hopeful that Miller can back-up Markstrom, the possibility remains that he may not. If that’s the case, the team will have to sign someone to a one-game contract on an emergency basis.

Willie says if Miller isn't ready they would try to find an emergency guy. Possible from UBC. Wonder if Chris Levesque is available?

Is Chris Levesque still in shape?

Levesque, of course, is the most famous emergency backup goalie in Canucks history. He was thrust into the spotlight on December 9, 2003 after Cloutier, the Canucks starting goalie at the time, suffered a mild groin strain on game day. The team didn’t have enough time to fly-in any of their minor league goalies, so they looked to Levesque, a goalie with the UBC Thunderbirds at the time.

The best part? Levesque nearly got to play.

Richard Bachman and Thatcher Demko are in upstate New York, not close to somewhere with a direct flight to Vancouver.

Michael Garteig, their goalie prospect playing with the Alaska Aces, would be another option, but there are no commercial flights from Anchorage to Vancouver today.

The Vancouver Giants play at home tomorrow, but their goalies are ineligible for an NHL contract.

That leaves the UBC Thunderbirds, who play at home on Friday. 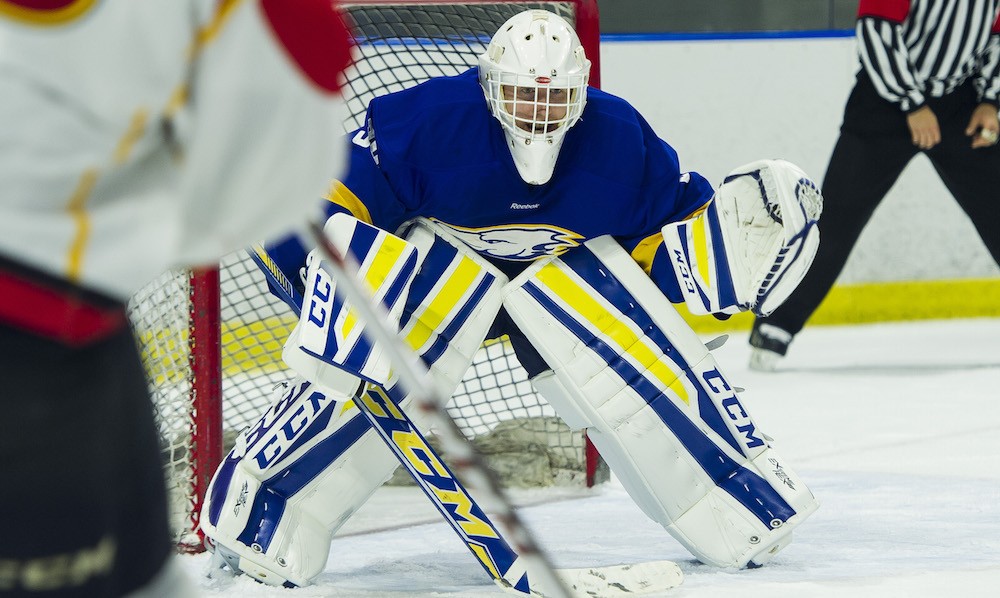 Matt Hewitt, a 23-year-old goalie from New Westminster, looks like he’ll get the call. Hewitt played three years with the Regina Pats of the WHL, before moving on to UBC where he’s in his fourth year.

A sociology major, Hewitt was a second-team Canada West All-Star last year for the T-Birds.

For Hewitt, this is a dream come true.