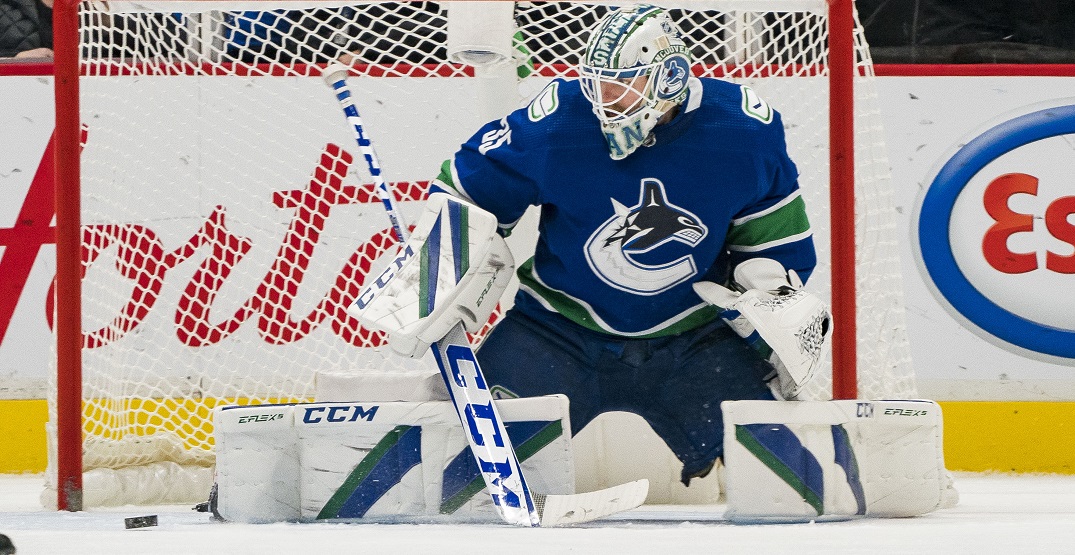 Vancouver Canucks goalie Thatcher Demko has been holding up his fort as of late.

With four wins in his last four games under new head coach Bruce Boudreau, Demko was named the NHL’s first star of the week for the week ending December 12.

To go along with the perfect record, Demko has posted a 1.20 goals-against average and a.962 save percentage across the four games.

Kicking things off with a 4-0 shutout against Los Angeles last Sunday, Demko also picked up wins over Boston, Winnipeg, and Carolina.

Demko’s stretch of play has even tossed his name into the Olympic conversation for the American roster, should NHL players travel to Beijing in February.

Boudreau is the first coach in Canucks history to start his career with four consecutive wins.

But Demko, Boudreau, and the Canucks aren’t satisfied with stopping just yet.

The Canucks, with a record of 12-15-2, are still six points out of both the final wildcard spot and third place in the Pacific Division.