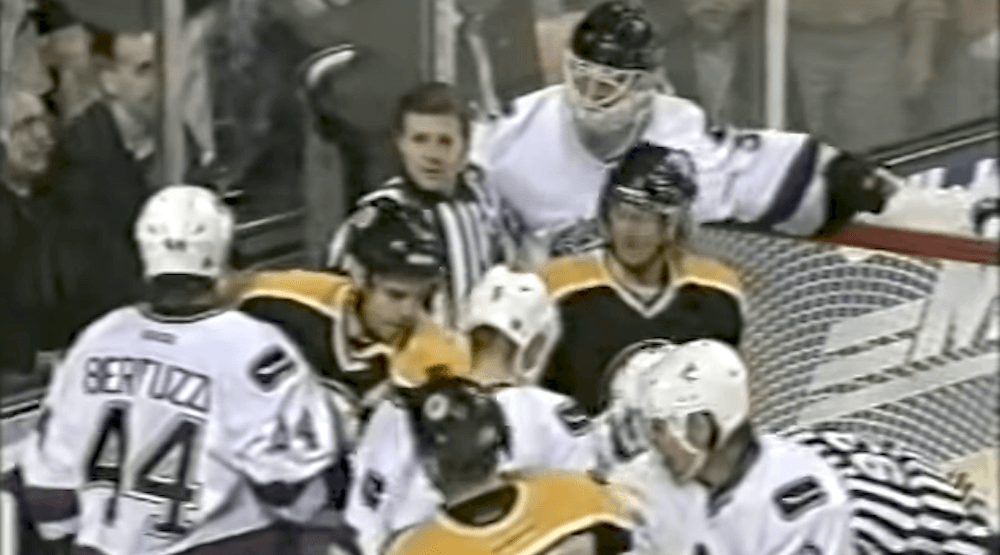 Have you ever done something in your past that you wish would go away?

I wonder if Dan Cloutier feels that way with this video from November 15, 2003 that still lives on YouTube.

In it, the always intense goaltender tries to fight Travis Green, then of the Boston Bruins.

Green, of course, is the new head coach of the Vancouver Canucks. That means he’s now Cloutier’s boss, as the former netminder became the Canucks’ top goaltending coach last season.

Cloutier, by the way, went on to make 37 saves on 39 shots and was named the game’s second star. Green got the last laugh though, as the Bruins won the game 2-1 in overtime.