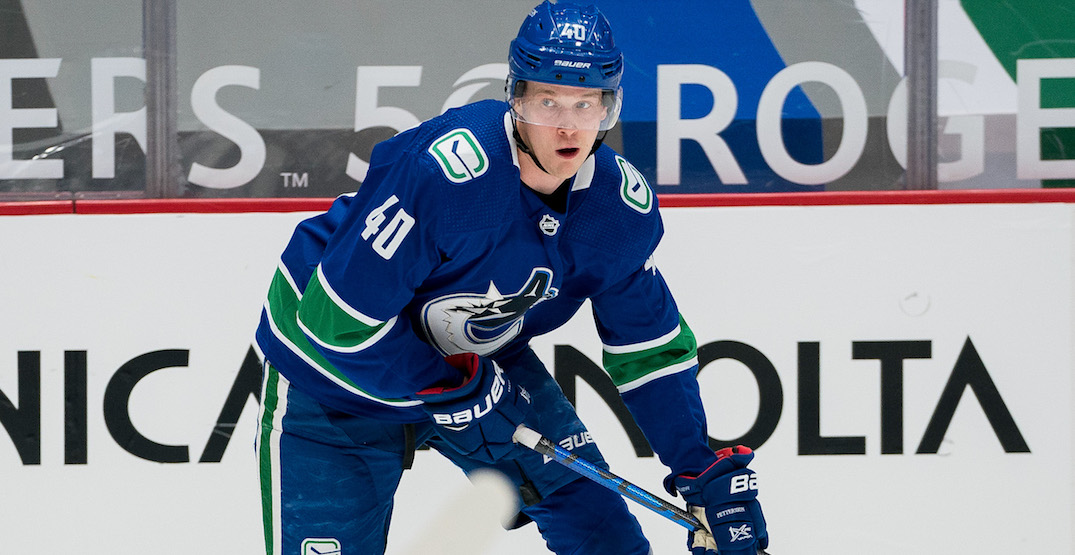 With the league-leading Toronto Maple Leafs rolling into town, it looks like the Vancouver Canucks will be without Elias Pettersson.

Head coach Travis Green refused to give a status update on Pettersson this morning, after Pettersson left practice early. It’s unclear what his ailment is, but tonight’s roster transaction certainly appears to indicate that something is bothering him.

The Canucks have called up Marc Michaelis, with Rick Dhaliwal reporting that the 25-year-old German centre will make his NHL debut.

Marc Michaelis makes his Canucks debut tonight, could be with Sutter and Gaudette.

Some question about Elias Pettersson's status for TOR/VAN tonight….battling something (although not considered serious)

Sportsnet’s Elliotte Friedman is reporting that Pettersson is “battling something,” but it’s not considered serious.

It’s interesting to note that the Canucks rejigged their power play units in Pettersson’s absence, according to this report from The Athletic’s Thomas Drance.

#Canucks PP1 working without Pettersson, who I don’t see on the ice at all.

Pearson moved up from the second unit to the first unit, which is something the coaching staff likely wouldn’t do if they were expecting Pettersson to play.

It will be interesting to see how Travis Green juggles his lines tonight. He could move J.T. Miller to the middle, keeping most of his top six forwards in tact. He could also get Adam Gaudette to centre one of the top two lines, though he hasn’t played in the middle consistently this season due to his defensive play.

The timing couldn’t be worse, as the Leafs are rolling, having won four straight. Toronto has the best record in the NHL with an 18-4-2 record.