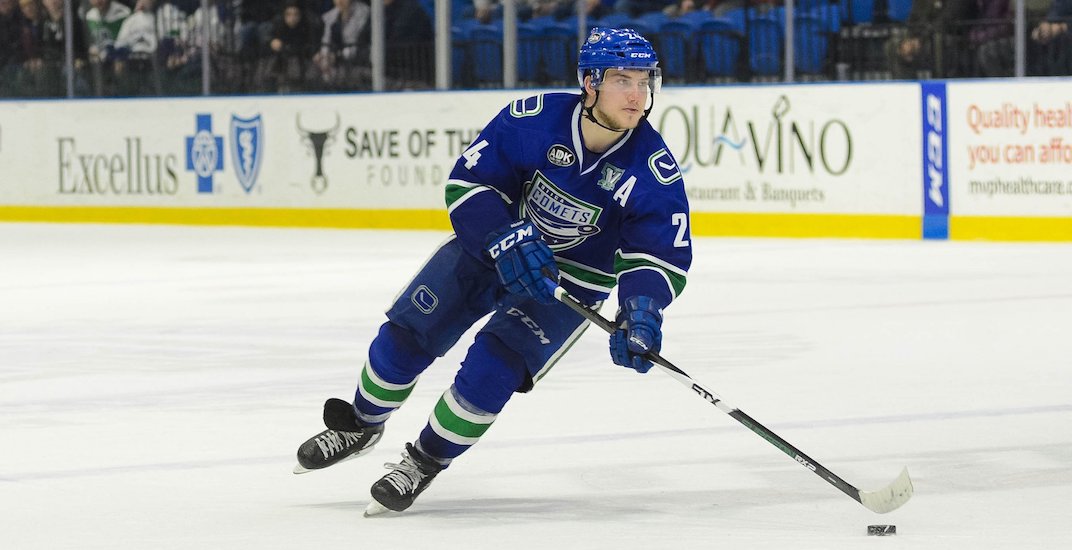 Desperate for anything to help get back in the win column, the Vancouver Canucks made another call to the AHL on Thursday.

Brendan Gaunce has been sent down to make room on the roster, despite scoring two goals and one assist during his three-game call-up.

Boucher is an elite scorer at the AHL level, but that hasn’t translated to the NHL – at least not yet.

Problem is, the Canucks have more issues preventing goals than scoring them lately.

Wednesday’s 4-3 loss in Anaheim was Vancouver’s seventh loss in a row. They’ve given up at least three goals in six of the seven games, and have given up 5+ on three occasions during that span.

Goaltender Jacob Markstrom has been prone to giving up bad goals – but the defence in front of him hasn’t done him any favours either.

Anders Nilsson has returned from injury and backed up Markstrom in Anaheim. Alex Edler is travelling with the team, and will provide an enormous boost whenever he returns.

The Canucks have two games left on their current three-game trip, in San Jose on Friday and against the Kings in Los Angeles the next night.