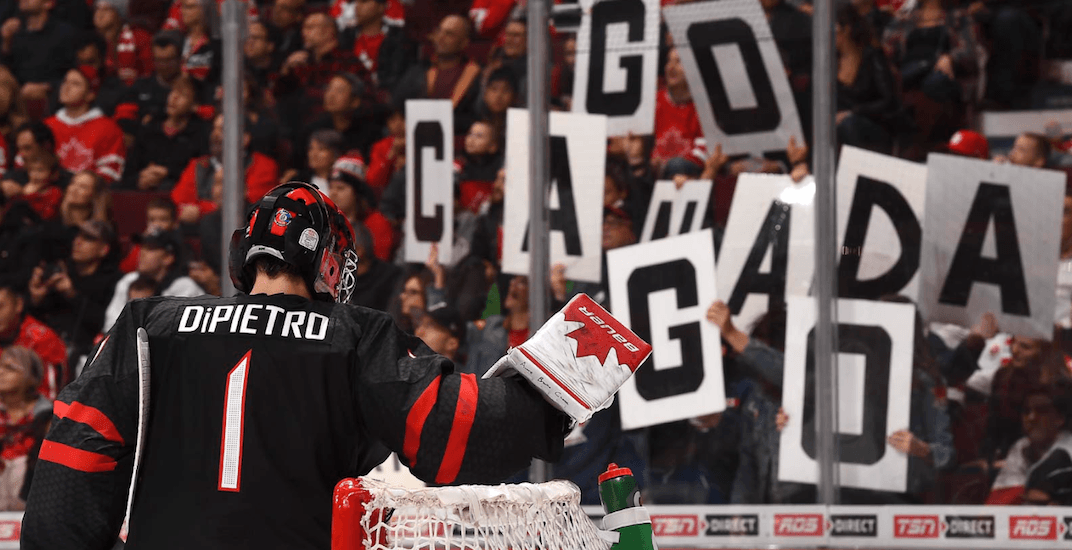 Michael DiPietro is getting the call to the NHL much sooner than expected.

The 19-year-old has been recalled by the Vancouver Canucks on an emergency basis, and will back up Jacob Markstrom for Tuesday’s game in Washington.

Hearing that Mikey DiPietro won’t be at the Ottawa 67’s morning practice. I believe he is on his way to Washington to meet the Canucks who play the Capitals tomorrow night.

The move was necessitated because of a minor injury to Thatcher Demko, who tweaked something in warm-up before Monday’s game in Philadelphia according to head coach Travis Green.

It’s unfortunate for Demko, who has been patiently waiting for another chance to play. He has only played one game since being recalled by the Canucks on January 4, and was likely going to play the second of back-to-back games.

The Canucks are forced to call up DiPietro given they lost Mike McKenna on waivers shortly after trading for him, and don’t have Richard Bachman at their disposal since he suffered a season-ending injury. By default, the starting goalie in Utica is now Ivan Kulbakov, who was supposed to play in the ECHL this season, and is not signed to an NHL contract.

With DiPietro meeting the team in Washington – the #Canucks will be exercising Article 13.12(m)

Basically – the team will prove that they don't have two healthy goaltenders and since they have no healthy goalies in Utica (signed to NHL contract), they recall DiPietro pic.twitter.com/gbIsopr7Yi

DiPietro, who starred for Canada at the World Juniors in Vancouver last month, plays for the OHL’s Ottawa 67’s. The reigning OHL Goaltender of the Year is 18-10-1 this season, with a .913 save percentage.

Vancouver’s third round draft pick in 2017 is expected to become a full time pro with the Utica Comets next season.

After being fully healthy for a hot minute, the Canucks now have a trio of injuries to deal with. Alex Edler left Monday’s game after hitting hitting his face on the ice, while Sven Baertschi didn’t join the team in Philadelphia following a mysterious ailment suffered in Colorado.