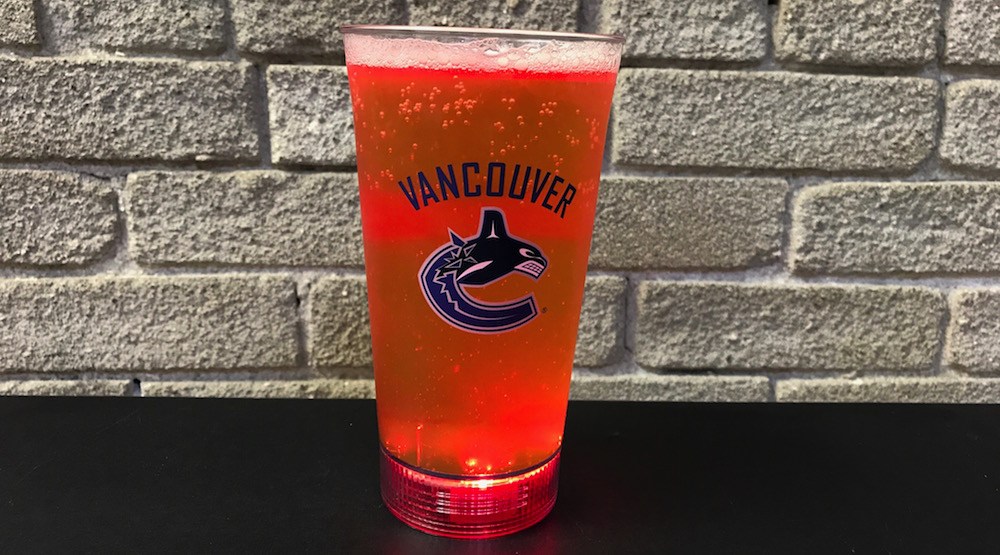 It’s going to be LIT at Rogers Arena on Saturday.

Budweiser will handing out 13,000 goal-synced glasses to Canucks fans of legal drinking age at Saturday’s home finale against the Edmonton Oilers (fans under 19 will receive an illuminated bracelet instead). When (if?) the Canucks score, the arena will light up, with every glass automatically illuminating in unison.

While Budweiser’s red light technology has been around for some time, this is the first time that it has been used in a sporting venue to this magnitude.

The Canucks have a few other things planned on Saturday, as part of their annual fan appreciation night.

The North Plaza will feature music, face painting, a poster making station, and other activities for fans (with or without a ticket), from 4:30 to 6:30 pm. Some former Canucks players will also be on hand for autograph signings.

In-arena, the Canucks will hand out their individual player awards, with fans encouraged to be in their seats by 6:45 pm.