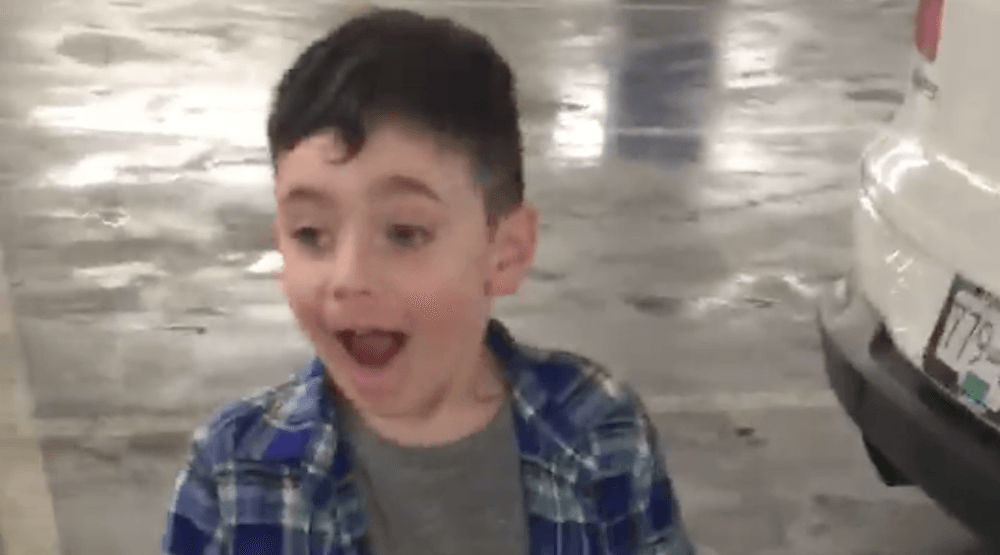 “We’re going to the Canucks game??”

While most diehard fans are having trouble getting up for Canucks games these days, that doesn’t seem to be a problem for young Tanner.

A huge Canucks fan, Tanner had been bugging his dad Brandon and step mom Melanie to take him to his first game. Given that Tanner is only six years old, Brandon and Melanie were a bit unsure if he would have the patience to sit through the entire game.

They eventually decided to bring Tanner to last Tuesday’s Canucks game against the Anaheim Ducks.

“We wanted to keep it a surprise for him and tell him he was doing something super boring and lame, so we lied and told him he was going to a broccoli farm, as he hates broccoli so much,” Melanie told Daily Hive. “We felt so bad for weeks lying to him but we knew the end reaction would be worth it.”

“He was speechless – for the first time ever,” Melanie said.

Tanner found out that he would be going to the game about an hour before game time. He watched the warmup from ice level, armed with a sign giving props to his favourite player, Michael Chaput. 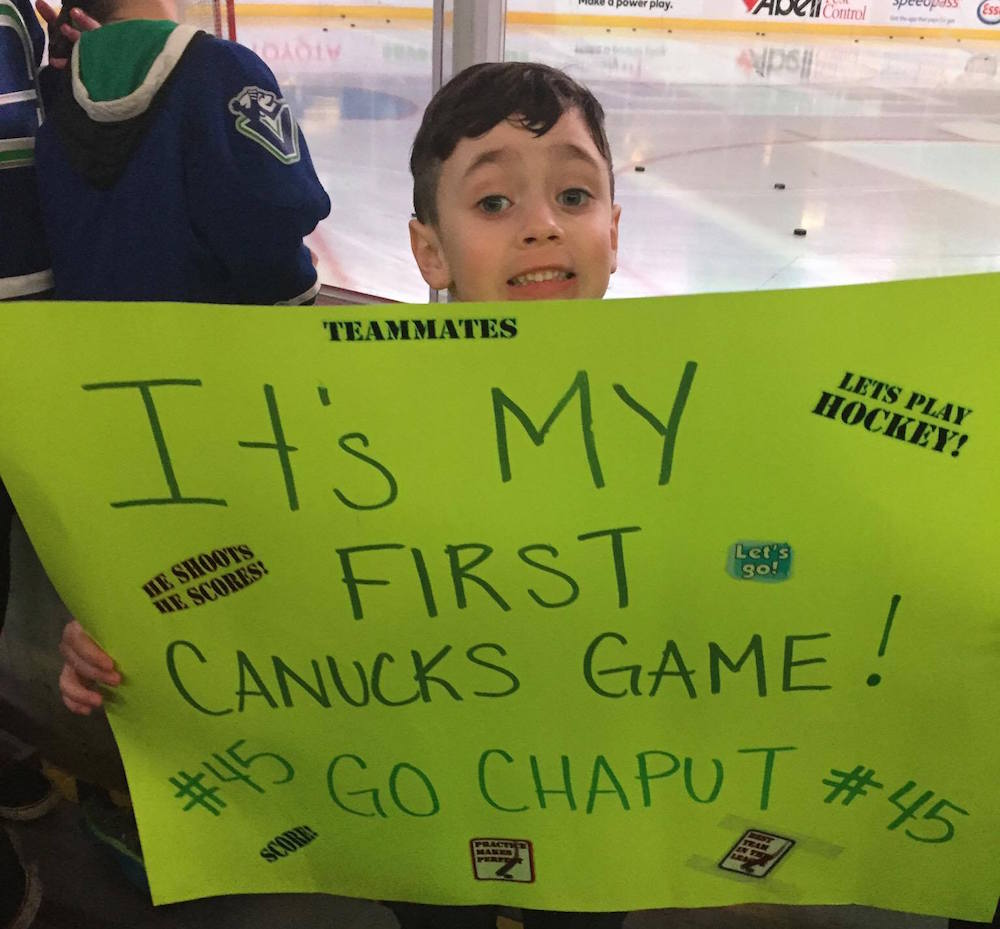 Me too Tanner, me too.