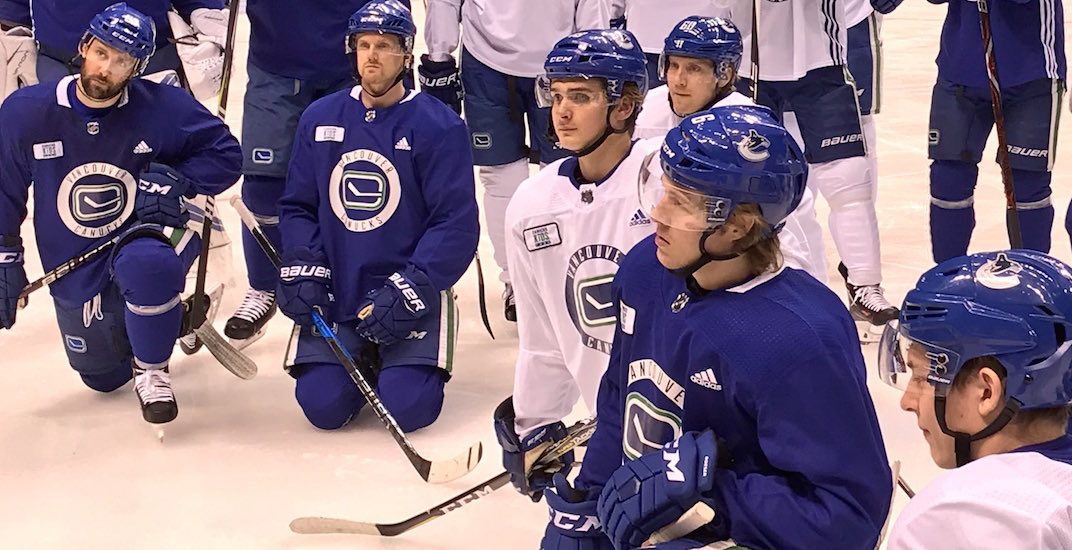 When Brock Boeser crawled to the bench, unable to put any weight on his left leg on Sunday, Canucks Nation held its breath.

For good reason. It looked bad:

After the game he was seen on crutches, wearing a walking boot.

To the surprise of everyone, the Canucks got good news on his injury on Monday, as tests confirmed his leg wasn’t broken. Still, a bone bruise can keep players out of the lineup for multiple games.

Boeser was a full participant at practice on Tuesday, and by all accounts, he looked good.

“Finally some good injury news,” said Henrik Sedin. “If Brock can go tonight, that’s a big boost for us. Either way, our overall compete and battle levels need to be better tonight.”

Having lost five of their last six games and coming off an embarrassing 6-1 loss to the Calgary Flames, the Canucks could sure use their 20-year-old leading scorer against the Montreal Canadiens tonight.

Boeser told reporters after practice that he is a game time decision.

Boeser said he feels sore, will take pre-game skate tonight and is hoping to play.

“It’s feeling better by the day,” said Boeser. “It’s still sore, but us and the medical team felt that I could try skating, so I think that we’re going to try warmups tonight and hopefully be able to play.”

I’m no doctor, but if he can practice, there’s a good chance he can play.

Also not a doctor is Alex Biega:

Alex Biega on Boeser skating this morning : "It looks like Brock is going to play tonight." #Canucks

Other players ready to suit up include Erik Gudbranson, who says he’s able to play, and Utica Comets call up Reid Boucher. Gudbranson will enter the lineup in place of Ben Hutton, Travis Green confirmed.

The Canadiens have also struggling been struggling of late, losing four of their last five games. They’ll be without Shea Weber, who’s out with an injury.