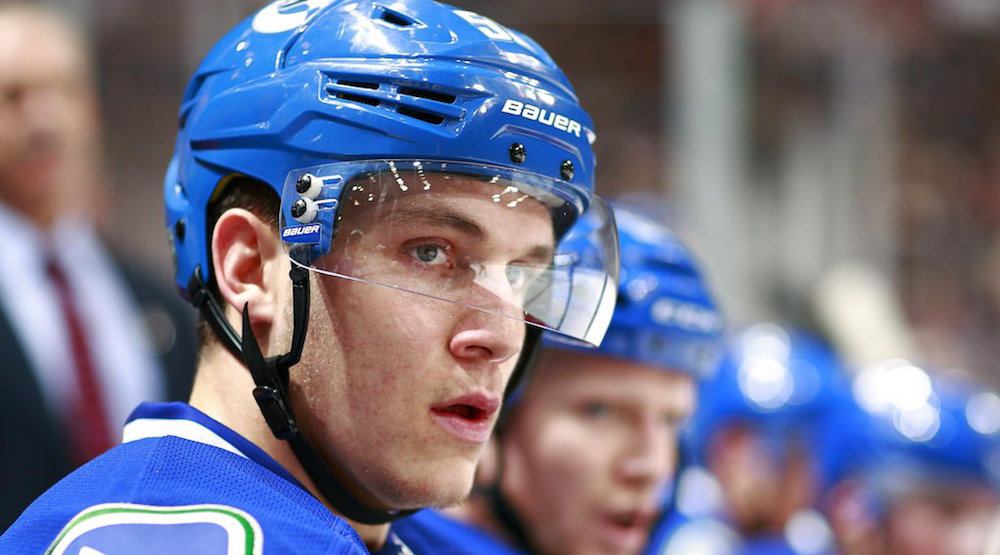 It’s going to be a bridge deal, folks.

Bo Horvat is the Vancouver Canucks’ best young player, and the last one to sign a contract for next season.

The 22-year-old restricted free agent’s next contract has been the talk of the town among Canucks fans for the past few months. The length of contract, as well as the dollar figure, will be massively important for the franchise as it moves forward.

“All options are on the table,” Canucks president Trevor Linden said on the radio last week. “We’ve explored many of the options, anywhere from two to eight (years in contract length). You look at the options, you explore it as a group, and see where the best fit is.”

While conventional wisdom is to lock up the team’s leading scorer long term, that doesn’t appear like it’s going to be the case.

TSN 1040’s Don Taylor said he heard the deal was already done earlier this week, but the announcement would come next week. Perhaps they’re saving the announcement for the debut of Sportsnet 650, the new radio rights holder of the team, that debuts on Monday?

Jason Botchford of the Province not only confirmed that he believed a deal was done in an interview with Mike Halford and Jason Brough on TSN 1040 on Friday morning, he said he heard it was a bridge deal.

Botchford: I haven't had a chance to confirm..but I heard Bo Horvat deal is done, and it's a bridge deal

Matt Sekeres, host of the PM drive show on the same station, confirmed he has heard the same shortly after.

@HalfordTSN @JasonBroughTSN terrific interview w/ @botchford guys, and similarly, I have also heard it's a bridge deal b/t Horvat & #Canucks

Where there’s smoke, there’s fire, so despite Horvat’s agent denying that a deal is done, we can still see the smoke.

A bridge deal (ie. a 2-3 year contract) is something we speculated about last week, given that negotiations were taking longer than expected. It’s a move that teams/players often do when there’s an impasse with young players. There’s risk for both Horvat and the club in signing a short term deal, just as there would be with an eight-year deal.

So the hand-wringing that will surely come out of not getting pen to paper on a long term deal by fans may be a bit premature.

If Horvat surpasses expectations and becomes a legitimate No. 1 centre in the next couple of years, his price will go up, and Canucks management will regret not signing him to a longer deal. But if his production levels off or he suffers a serious injury, a bridge deal might not look like such a bad idea.

It all depends on what Horvat is asking for and what you think he will become.