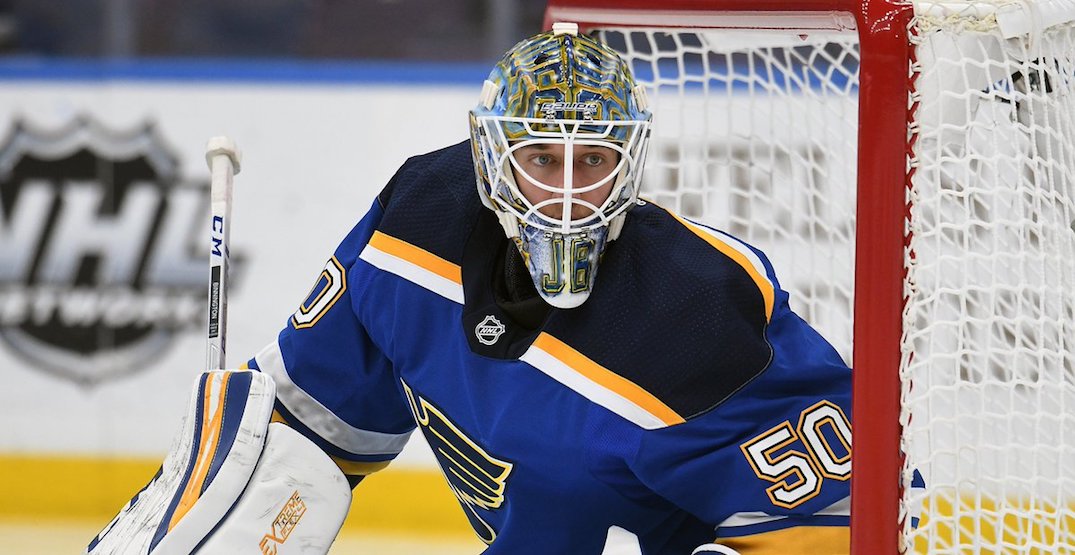 The St. Louis Blues will turn to Jake Allen for Game 3, as Jordan Binnington sits for the first time this series.

Also missing in action for the Blues is superstar winger Vladimir Tarasenko, as well as Alex Steen, who were both missing in warmup. Tarasenko missed most of the season with a shoulder injury, and hasn’t been very effective in the series against the Vancouver Canucks so far.

As for the Canucks, they’re without Tyler Myers due to a shoulder injury. Jordie Benn will take his place in the lineup. The rest of their lineup will remain unchanged.