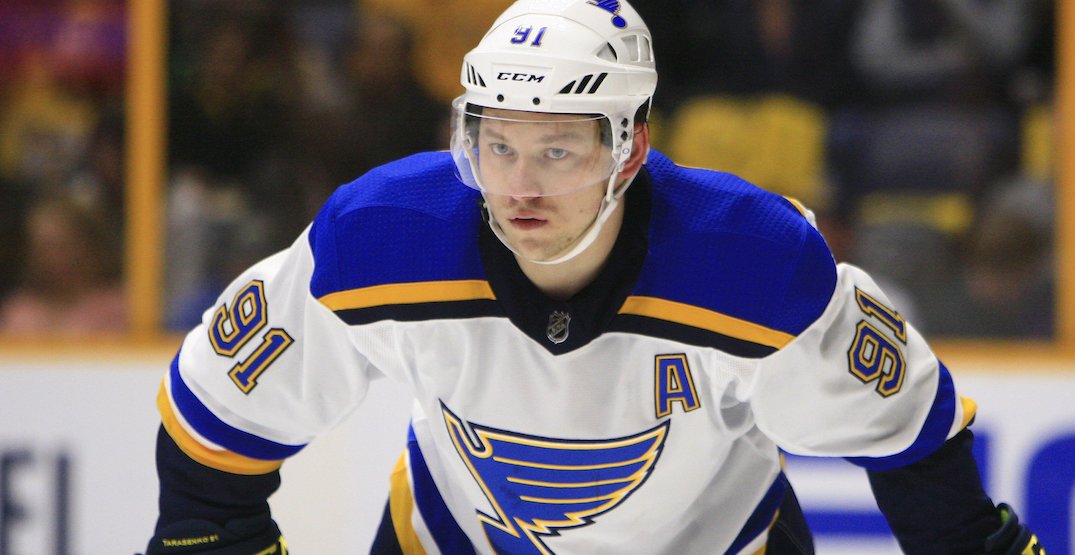 Vladimir Tarasenko is leaving the Edmonton bubble and heading back to St. Louis, the Blues announced on Tuesday.

The superstar forward will meet with doctors for further evaluation of his surgically repaired shoulder, which kept him out of all but 10 regular season games. Tarasenko played in Game 1 and Game 2 of the playoff series against the Vancouver Canucks, but he missed the last two games due to the injury.

The Blues say they will provide an update on Tarasenko’s status on Monday, one day after Game 7, if the series goes that far. So Tarasenko will miss the remainder of the series, if not longer, though his absence didn’t appear to hurt the Blues on Sunday and Monday. They still have Ryan O’Reilly, after all.

“I’m not going to jump to conclusions on anything,” said Blues head coach Craig Berube. “He’s not feeling right, so that’s why he’s going to get it looked at. It is concerning, but we’ve got to wait and see.”

“When you get something done like that and you’re out nine months, you’re going to have some issues when you come back no matter what… We’ll see what shows up here and we can go from there.”

The momentum has swung back into the Blues’ favour, following an overtime win in Game 3 and a more dominant win in Game 4.