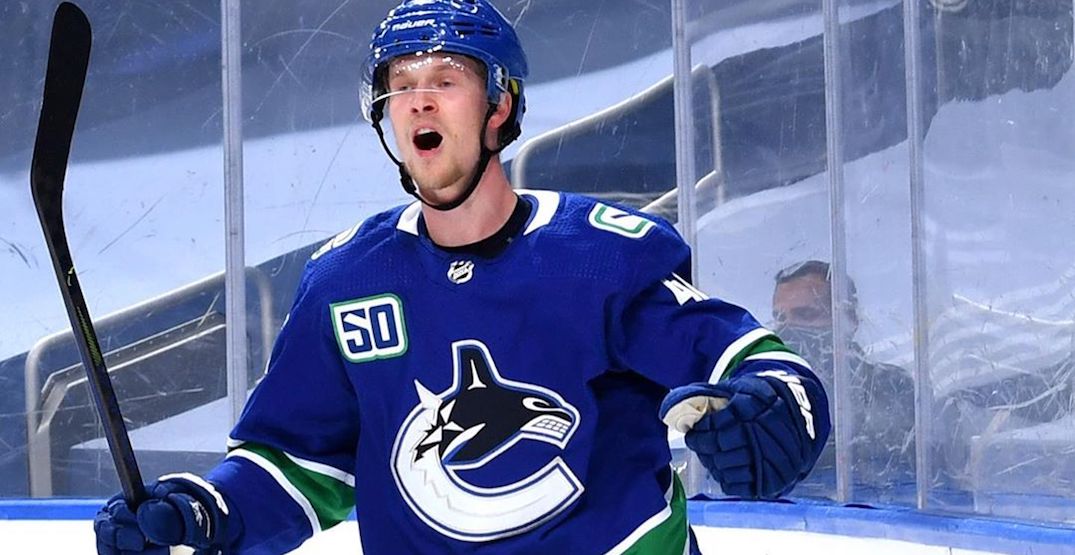 Through three games of their series against the St. Louis Blues, it’s clear what the Vancouver Canucks need to do in Game 4 tonight: stop Ryan O’Reilly.

The reigning Selke Trophy winner has been a beast for the Blues at both ends of the rink throughout the series, effectively shutting down Elias Pettersson’s line at five-on-five, while producing three points in three games.

Along with wingers David Perron and Jaden Schwartz, the Blues’ top line played a whopping 17:24 at five-on-five in Game 3, nearly five minutes more than Pettersson’s line and just under three minutes more than Bo Horvat’s line (stats courtesy of NaturalStatTrick.com).

They’ve played a lot, and they’ve been effective, with eye-popping underlying data.

With O’Reilly on the ice, the Blues have generated 75 shot attempts, while the Canucks have generated just 18, for a Corsi-for percentage of 80.65%. That’s an outrageous impact on the game.

After last year’s Conn Smythe winner has had his way with them for three games, it’ll be interesting to see what changes, if any, Canucks head coach Travis Green makes to counteract the O’Reilly factor.

Will Green go the extra mile to keep Pettersson away from O’Reilly? Will he construct a checking line specifically to match up against him?

The Canucks’ stars have managed to still pile up points, but Pettersson has done most of his damage on the power play, where he has four of his five points in this series. That’s why the way tonight’s game is officiated will be of supreme importance.

Both teams had just two power plays apiece in Game 3, and Perron was open about how that helped the Blues.

“I liked the way we were able to play tonight,” Perron said after Game 3. “It felt like we could play physical and not worry about penalties as much as other games.”

Perron, more than any other Blues player, has been able to take liberties with Canucks players, yet he has just two minor penalties in the series. He also leads the Blues in this series with four points in three games.

So far the Canucks have done well to not get frustrated or distracted by these antics, though the fact they lead 2-1 in the series certainly helps in that regard. Game 4 goes tonight at 7:30 pm PT on Sportsnet.