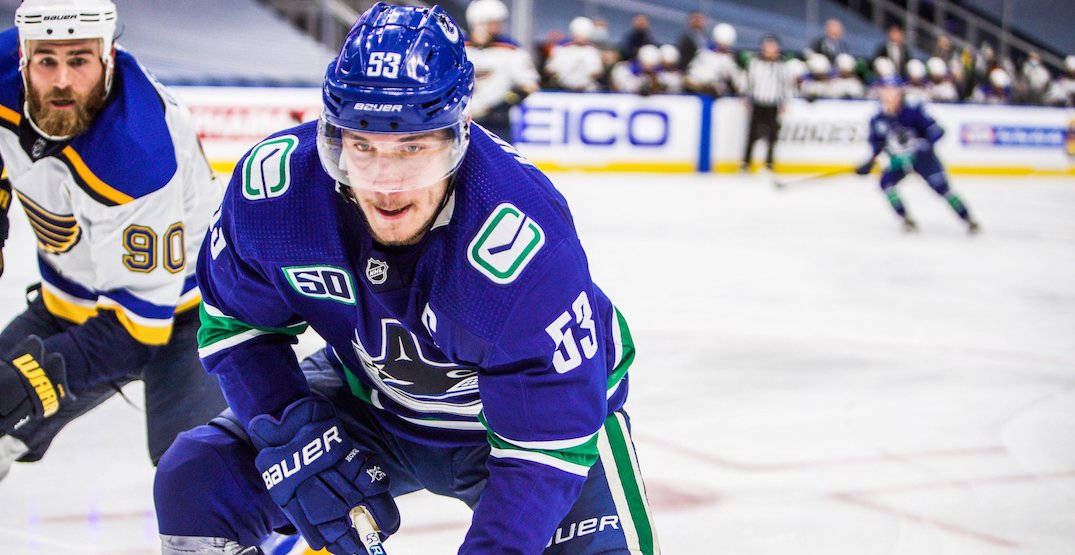 Just like that, the series is all tied up.

The Vancouver Canucks kept pace with the defending Stanley Cup champs in the first three games for the most part, but they looked outmatched in Game 4.

The Blues were dominant in this one, outshooting the Canucks 37-23 and never seeming to be in any trouble as they cruised to a 3-1 win and tied the series 2-2.

JT Miller got the lone goal for the Canucks at the start of the second period, deflecting an Alex Edler shot past Jake Allen.

40 seconds in, 9 made it 1-1. That's why everybody loves Miller! pic.twitter.com/EDKRh9p1Dj

Unfortunately the Canucks couldn’t gain any momentum after tying the game. The Blues outshot them 17-5 in the period and scored twice to take a 3-1 lead into the third. The Canucks generated just 11 shots over the final two periods.

Ryan O’Reilly has been a pain in the Canucks’ side all series and he made his presence felt on the scoresheet on Monday with a pair of goals and an assist.

The power play failed to convert in a game for the first time since the 3-0 loss to the Minnesota Wild to begin the playoffs, despite seven opportunities.

The Canucks did well to get an early 2-0 series lead, but the Blues have erased the deficit and made it a best-of-three series with momentum on their side.

“I don’t think anyone thought we’d come into this series and St. Louis would roll over,” Travis Green said post-game. “They’re the defending Cup champions. I expect every game to look like the first four; there’s a fine line between winning and losing. Our guys will be back ready to go next game.”

It’ll be interesting to see if there any lineup changes made by Green. The Blues seem to have figured this Canucks team out, so juggling lines or inserting Adam Gaudette might provide a boost.

The pivotal Game 5 will be played on Wednesday at 7:30 pm PT.