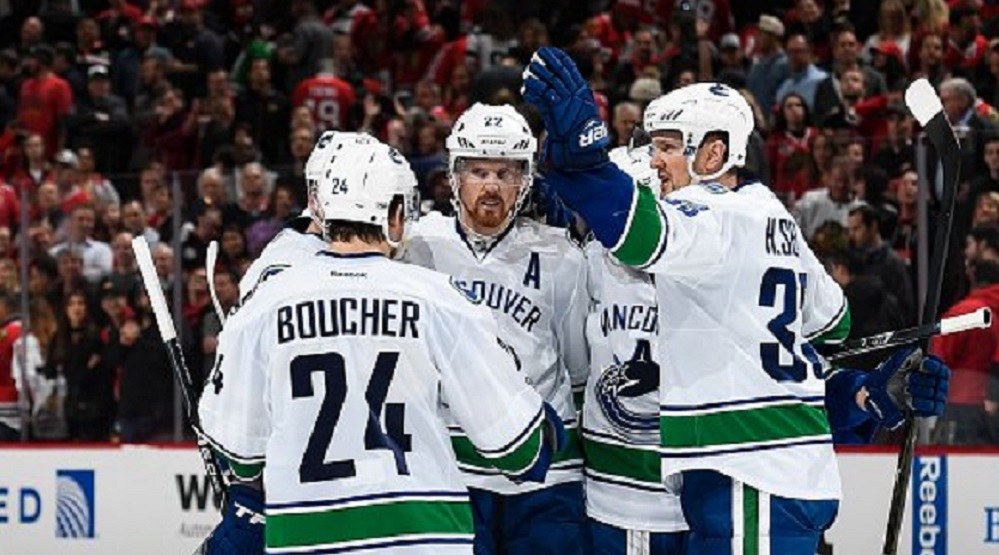 Six years ago, this would’ve felt so much sweeter.

Heck, even a few months ago this would’ve felt sweet.

Beating the Blackhawks on their home ice was something Canucks and their fans would’ve relished back in the glory days.

Even a few months back, when the Canucks were teetering on playoff contention. They could’ve used a game like this.

But on this night, many fans were hoping for a different result. After seeing the Canucks lineup, they expected it too.

Here’s how it went down.

1. All aboard Team Tank

The tank is really picking up steam.

Jacob Markstrom is out with food poisoning, Goldobin is still sick. Biega is playing forward.

Now Granlund is out for the season, but fear not, Jack Skille has returned to take his place.

Considering what he has to work with, you can’t complain about what Willie did with the lines tonight.

The only thing that raised my eyebrow was seeing the Sbisa-Tryamkin pairing listed ahead of Hutton-Tanev. The order doesn’t really matter for defence, and Tanev ended up playing the most of any d-man besides Edler, but that’s just weird.

Somehow, some way, the Canucks held a 3-1 lead halfway through the game against Chicago.

This despite only having five shots on goal at the time.

A gift no one wanted right now.

If this game was taking place six years ago, I'd be really happy right about now.

It’s not often the Canucks score five in a game. The Sedins aren’t putting up many four-point nights anymore, so it often takes good depth scoring for the team to rack up more than a few goals.

Mike Chaput looked surprisingly good in his last game with the twins, and once again tonight he seemed to go to the right spots.

He picked up the second assist on Hank’s deflection goal in the first.

Seeing Reid Boucher getting the nod over Jayson Megna on the Horvat line was nice to see. It became even nicer after he scored.

Is that enough to earn him another game on that line? I guess we’ll find out.

The bottom-six is a crapshoot. It will be for the remainder of the season. But the third line scored two goals tonight. Who saw that coming?

Before you ask, yes that was Megna stealing the puck and setting up Sutter for the nifty finish.

You knew it was only a matter of time before the Hawks would wake up and realize who they’re playing.

For the Blackhawks, that point came in the third period after Jack Skille of all people made their defence look silly on the Canucks fourth goal.

Trailing 4-1, the Hawks went to work.

Just over two minutes later, Richard Panik to make it 4-3.

Then, in the final five minutes, the Hawks tied it. Or did they?

Eagle-eye Willie is always on the watch, even when it isn’t in the best interests of the Canucks.

Hawks thought they tied it – but after they review it, it's determined offside#Canucks pic.twitter.com/IXm1x7jOcO

Willie threw out the challenge, and Willie was right.

Now, to clarify, I’m not saying Willie shouldn’t have challenged. His job is to win games, and to his credit he did that well tonight.

It was just the most Canuck thing that could’ve happened. Twitter erupted.

@BlakePriceTSN can JB and Trevor overrule a WD challenge??

when you want to tank but willie desjardins has other plans pic.twitter.com/Dhh810kEke

Willie was doing his job well by challenging, but boy, it did not make Tank Nation happy.

What did make them happy, was moments after the challenge Chicago tied the game anyways.

The Hawks always find a way. For once, I couldn’t be happier about it.

Honestly, once Hartman tied the game I thought there was no way the Canucks were winning this.

Not only were they battling momentum and a far better team, they also started overtime shorthanded.

To their credit though, the Canucks killed off the penalty, got a power play of their own, and eventually Daniel scored to end it.

Daniel Sedin scores on a PP in overtime.#Canucks win 5-4 pic.twitter.com/ALD7gyHdL3

It was the 15th overtime goal of Daniel’s career, now six goals clear of Brendan Morrison for the franchise lead.

If you were hoping for a loss, you can at least take solace in the fact that all the teams around the Canucks in the standings also won tonight. 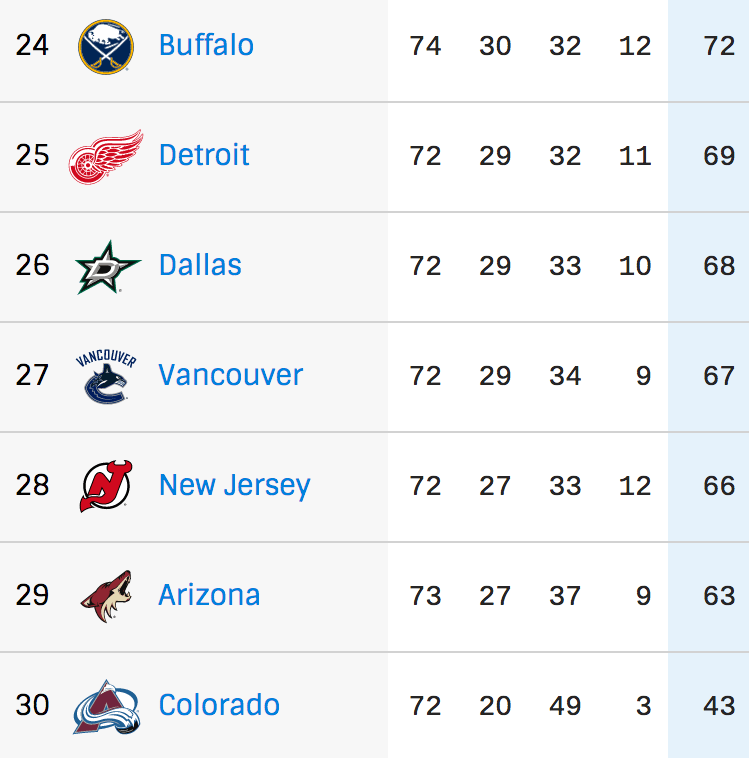 New Jersey, Detroit, and Arizona all picked up two points, meaning the Canucks are no worse off (higher) in the standings than they were coming in.

If you want to see the Canucks plummet to the bottom of the standings, you’d better hope Bo Horvat’s dad shies away from attending anymore games.

I’m only kidding with that of course, but it does seem as though Tim Horvat is a bit of a good luck charm for the Canucks.

Horvats as far as the eye can see!