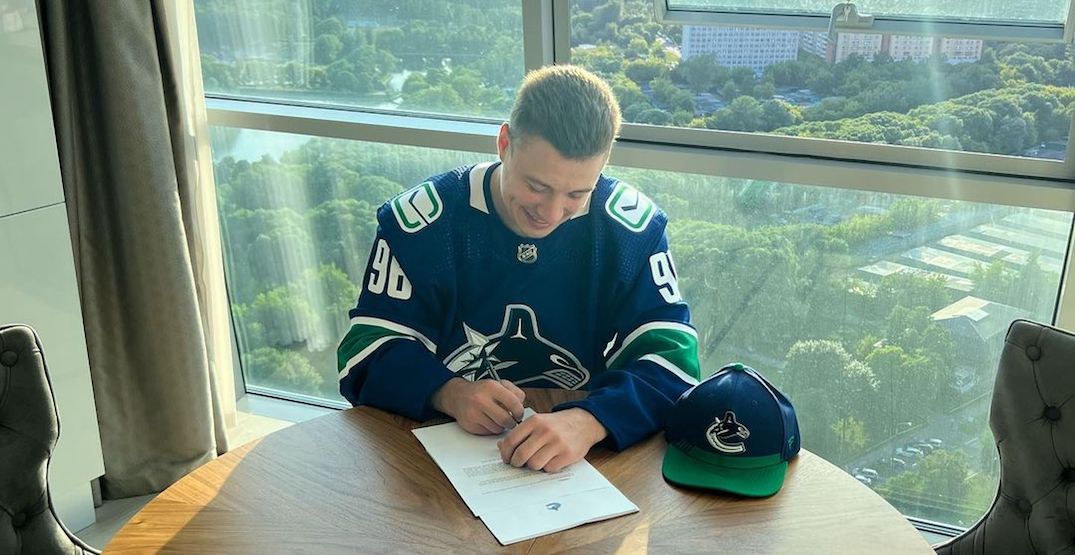 The good news for Canucks fans is that the arrival of Andrei Kuzmenko isn’t going to fool this management group.

We’ve been accustomed to managing by hope bets in this market.

‘If only we could’ve stayed healthy…’

‘Once so and so arrives…’

The idea that all will go well, and when it doesn’t, you’ve got an easy scapegoat.

As a GM once said to me years ago: ‘we hope for the best but plan for the worst.’

You can convince yourself that adding Kuzmenko makes the Canucks a playoff team next season but as insider John Shannon told us yesterday, don’t think that Jim Rutherford and Patrick Allvin will be swayed.

Their plan doesn’t begin and end with making the playoffs next season. That’s an aim, not the end goal.

They’re trying to build a contender and that likely means more short-term pain for long-term gain. Kuzmenko is a useful salve next year, but the Canucks need more than just his services. They’re more than one player away.

And so, who is made expendable by Kuzmenko? Where are the cap savings going to come from?

Rutherford messaged last week that the Canucks have room for Brock Boeser next year at $7.5 million. And you have to think he knew at the time that Kuzmenko was likely to join the fold.

So is it Conor Garland? Tanner Pearson? Both? Or is it simply a J.T. Miller trade?

They’re a little deeper at forward right now, and I suspect that’s where the next move is made. But the great part of this Russian acquisition is the options it gives the front office, in what still promises to be a busy summer.