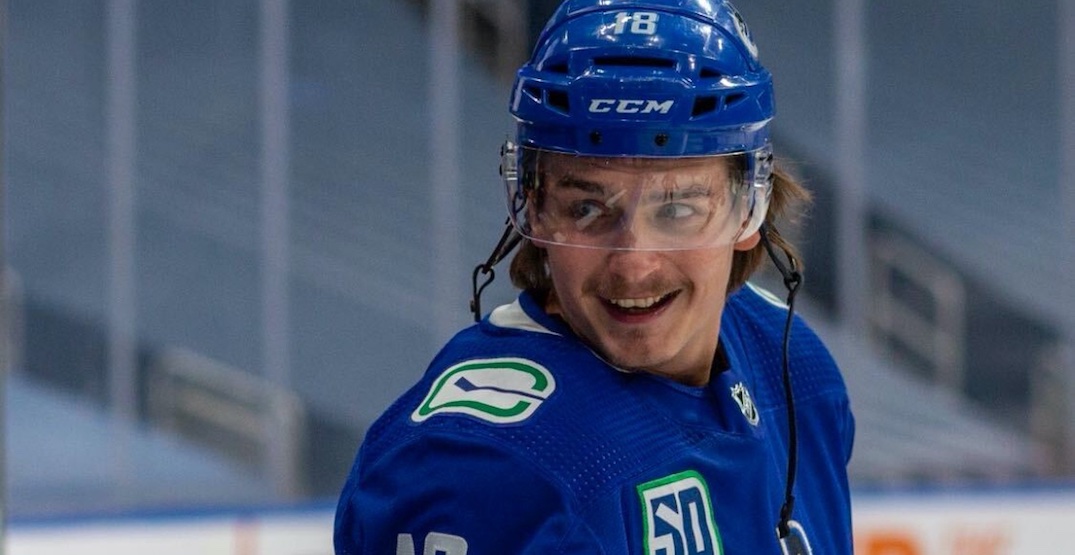 Jim Benning doesn’t often use the media as a conduit to criticize his players.

The mild-mannered Canucks general manager usually looks on the bright side when talking about his team, focusing on things like the development of prospects, the leadership qualities of his veterans, or the talent of his young core.

That’s why it was so notable when he called out Jake Virtanen following the Abbotsford native’s disappointing playoff performance. Given that Benning also said “tough decisions” would have to be made on young players, many people theorized that Virtanen could be a trade candidate.

But Jake is still here, and Benning is still wanting more.

In an interview on Sportsnet 650 this morning, Benning said his September criticism of Virtanen was “tough love” because he knows the 24-year-old has more to offer. However, it’s also clear that the Canucks GM’s patience is wearing thin.

“He’s got the physical skills to be a real good player in this league because he’s big and he’s fast, and he can take the puck to the net,” Benning told hosts James Cybulski and Perry Solkowski.

Virtanen set career highs in goals (18), assists (18), and points (36) last season but started the postseason as a healthy scratch. He was used sparingly in the playoffs, averaging just 11:16 of ice time, and contributed just two goals and one assist in 16 games.

“I’ve always supported Jake. I’ve been one of his biggest supporters, and I’ve been patient with him, but at the end of the year, I kind of criticized him. That was some tough love because I want more from him. I expect more from him.”

Benning compared Virtanen to Alex Tuch, the Vegas Golden Knights third-liner who scored four goals in the series against the Canucks. The two players are the same age, with Virtanen being drafted 12 spots ahead of Tuch in 2014. It’s clear that Tuch is the type of player that Benning wishes Virtanen could become.

“I don’t want Jake to be satisfied that he scored 18 goals last year, [and that] he’s playing in the league,” Benning added. “I want him to expect more out of himself and develop into that power forward, that leader, that we think that he’s capable of [being]. When I kind of went after him at the end of the year, it was like ‘Ok, you know, like we’ve been patient with you now, but now it’s time to take the next step.'”

Virtanen could be an important player for the Canucks next season, particularly after they lost Tyler Toffoli in free agency. There’s a hole on the right-wing of one of the top two lines, presenting the perfect opportunity for Virtanen.

Benning said that Ferland’s still not healthy enough to play, and while prospect Vasily Podkolzin could claim a top-six winger spot next season, they’ll have to wait until he completes his commitment to his KHL team.

So the opportunity is there for Virtanen.

The challenge will be to prove he’s good enough to play on the top line with Elias Pettersson and J.T. Miller, or show that he’s reliable enough defensively to play in a matchup role alongside Bo Horvat and Tanner Pearson.

And he’ll have to do it consistently.