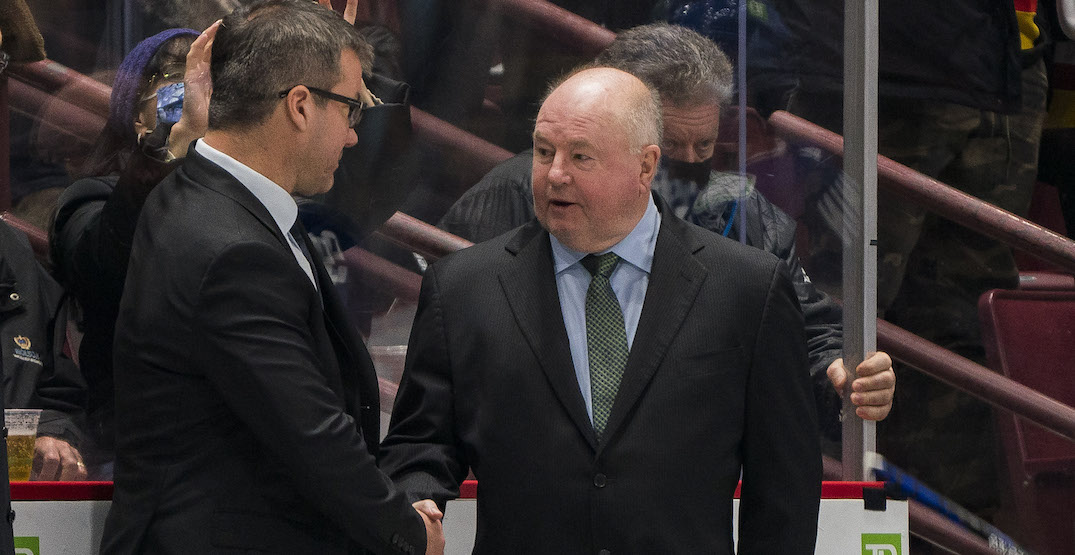 The Vancouver Canucks are looking for a new coach.

Boudreau revealed the news on The Bob McCown Podcast, and said that the team is in the process of finding someone to replace him.

Walker missed time this past season after he was hit in the head with a puck and suffered from vertigo because of it. It’s unclear if that contributed to Walker’s decision to retire.

“He’s decided to retire to stay close to his family in Guelph, where he’s still part-owner of the Storm,” Boudreau said. “He’s going to be sorely missed.”

Walker, 48, came to Vancouver with Boudreau in December — hand-picked by the Canucks head coach to work as his assistant — replacing the departed Nolan Baumgartner. It was a homecoming of sorts for Walker, who played 197 games for the Canucks as a winger in the 1990s.

“It was vitally important that I had somebody that I could sit there and talk to that I knew right off the bat, while I was getting to learn what the other guys were all about,” said Boudreau.

Walker was tasked with the Canucks’ putrid penalty kill, which ranked dead-last in the NHL when he and Boudreau took over on December 6. The Canucks had the 11th-best penalty kill percentage from December 6 until the rest of the season.

“I think every coach has to have somebody when you’re going in, and I didn’t know the other guys. You have to have somebody that you trust and you know has got your back all times, and Scott was the best.”