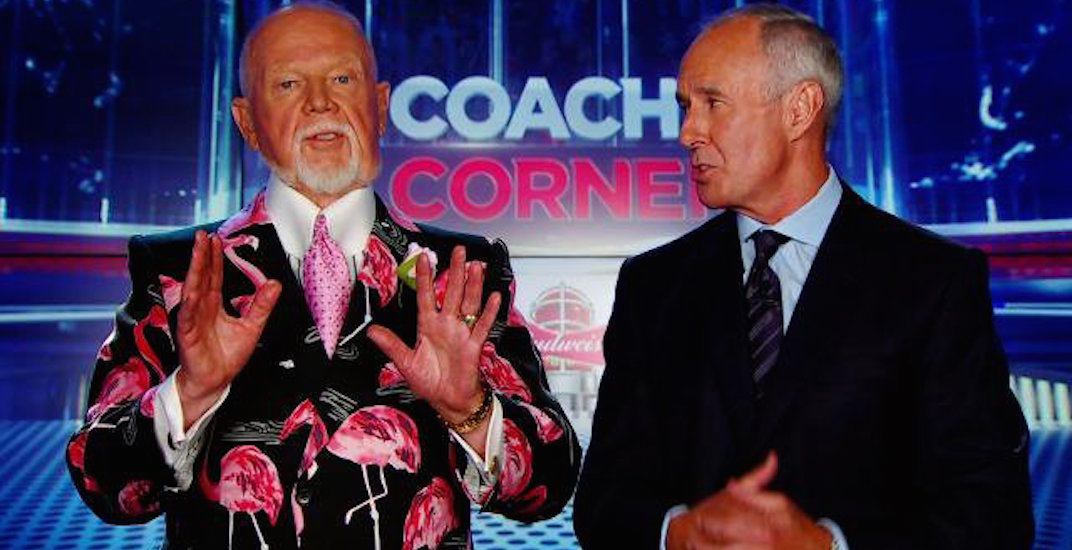 Cherry was fired after an anti-immigrant rant on Hockey Night in Canada’s Coaches Corner segment, on November 11, 2019, which he refused to apologize for.

MacLean did apologize though, saying the next day that Cherry’s comments were “hurtful, discriminatory… [and] flat out wrong.” The 62-year-old still works as a broadcaster for Sportsnet, which has produced Hockey Night in Canada since 2014.

Cherry said in the aftermath that he was “disappointed” in MacLean. They haven’t been friends since, despite an on-air relationship that lasted over 30 years.

Two and half years later, Cherry doesn’t think that will ever change.

“I don’t think we’ll ever be friends again,” the 88-year-old Cherry said, fighting back tears in a video posted to social media this week by Joe Warmington of the Toronto Sun.

Hockey Night in Canada is not near as good without ⁦@CoachsCornerDC⁩ — people miss hearing what Don Cherry has to say. So ⁦@ernestdoroszuk⁩ and I did our own Cherry’s Corner. A mending of fences between his sidekick who took cover to protect his own career not likely pic.twitter.com/hhdOgwB5Wn

“You can’t be friends after that. You just can’t… It’s too bad… we used to have fun. It was fun. Coaches Corner was fun.”

Cherry added that he doesn’t have any “animosity” towards MacLean, but while he’s “willing to forgive,” he can’t forget.