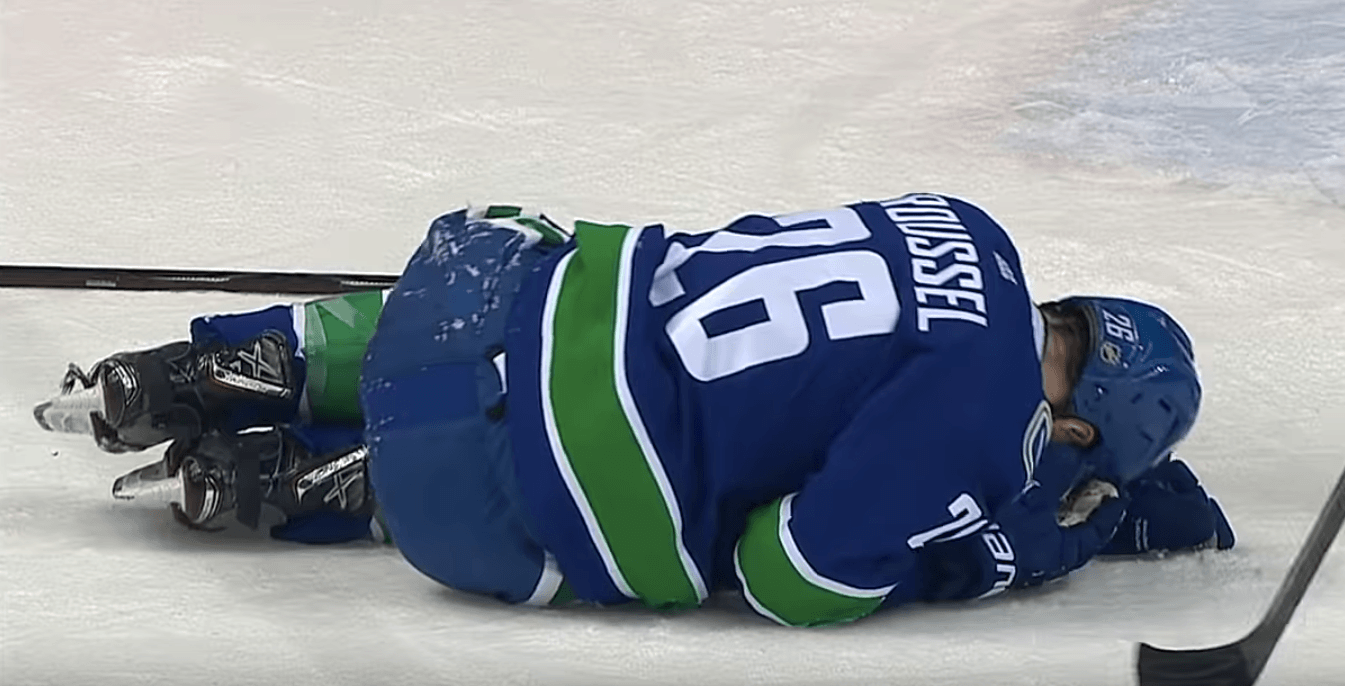 The Vancouver Canucks have lost another player due to injury.

During Tuesday night’s game against the New York Rangers, just minutes after Elias Pettersson received a questionable hit from Chris Kreider, Antoine Roussel joined him in the dressing room.

Pettersson returned to the game before the end of the second period. Roussel, on the other hand, did not.

The 29-year-old was driving the net in the offensive zone when he lost his footing. While falling, he caught the elbow of Rangers forward Brendan Lemieux and landed awkwardly on his right knee.

When he was taken off the ice by the Canucks trainer and a teammate, he was seen heavily favouring his left leg.

Head Coach Travis Green confirmed after the game that Roussel had hurt his knee and would miss the remainder of the year.

Roussel hurt his knee and is out for the remainder of the year, confirms Coach Green.

The French forward ends his first season on the Canucks with 31 points (9-22-31) in 65 outings. Although a bottom-six forward, he raised the work ethic of teammates around him and brought energy to a dressing room that needed it.

The Vancouver Canucks have yet to give full detail regarding his injury, although MRI results could be expected before the end of the week.

Roussel has three years left in a four-year contract that pays $3M per season.