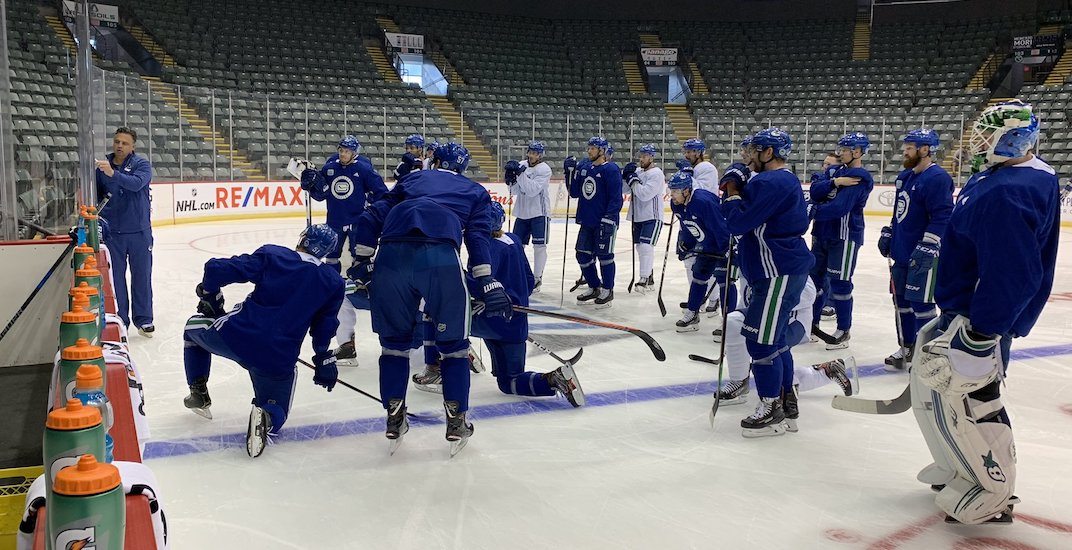 For one night, the Vancouver Canucks will call Abbotsford home.

The Canucks are hosting the Ottawa Senators at the Abbotsford Centre in preseason action tonight, and it appears the Fraser Valley is excited about it.

The 8,500-seat arena is fully sold out, with ticket prices soaring on the secondary market. There aren’t many people reselling their seats, but the cheapest price we found on StubHub for a pair of tickets was $145.32 CAD (including fees) per ticket (ie. $290.64 CAD for the pair).

That’s especially outrageous when you consider that preseason tickets typically sell below the original price on the secondary market. Case in point, the lowest-priced ticket on StubHub to see these same two teams again on Wednesday at Rogers Arena is just $16.05 CAD (including fees).

How bad is Vancouver traffic, you ask? pic.twitter.com/cWjvy2ZfXu

If you don’t feel like paying an arm and a leg for tickets, you won’t be able to catch the game on Sportsnet either.

For the third time this preseason, the Canucks game won’t be available on local television. Instead, you can tune into the game via live stream on Canucks.com. You can also try streaming on YouTube via the Canucks or Senators.

Coming to the #Canucks game in Abbotsford on Monday? Don't miss your opportunity to greet the team. 🙌 pic.twitter.com/lF20uTehRe

For those of you in Abbotsford tonight, be sure to get to the rink early for an opportunity to meet and greet Canucks players at 4 pm.

Among the players in the lineup tonight is Abbotsford native Jake Virtanen. Another player with a Fraser Valley connection is Sven Baertschi, who played two seasons for the Abbotsford Heat while he was in the Calgary Flames’ organization.

The Canucks will be dressing their best lineup of the preseason so far, with most of their biggest stars expected to play: