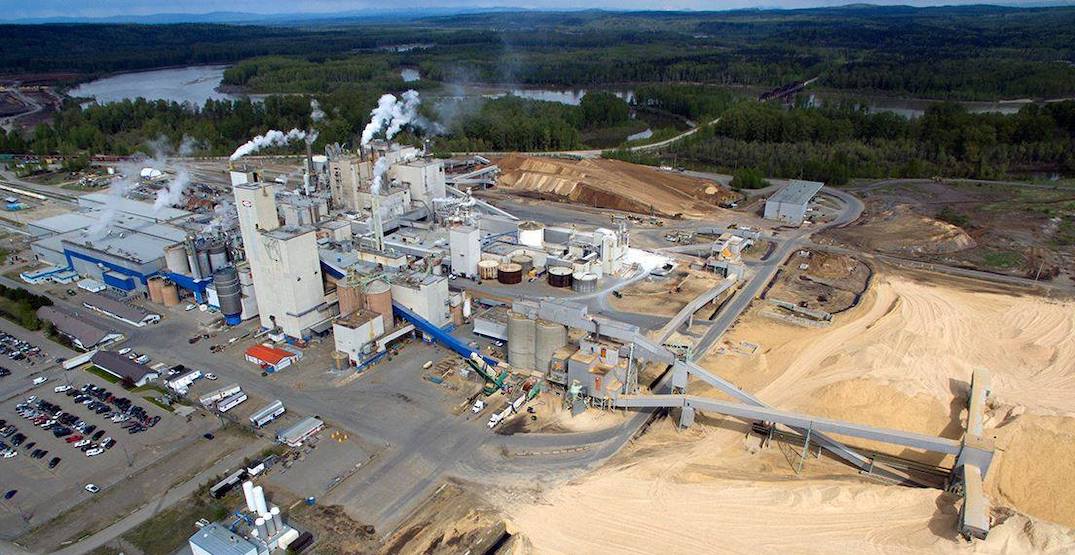 Canfor Corporation, one of the largest remaining wood mill companies in the province, has decided to become a private company in a deal with Great Pacific Capital (GPC), owned by BC billionaire Jim Pattison.

In a release, the Vancouver-based company states it took the decision under the advisement of an independent committee of its board of directors.

GPC already owns 51% of Canfor’s shares, and under the deal that removes Canfor from being publicly traded, it will purchase all of the company’s shares it does not already own for $16 per share. The deal is valued at $980 million.

This price represents a premium of about 81.8% of the share’s closing price on August 9, which was the last trading day before GPC’s proposal, and a premium of 55.9% based on the 30-day volume weighted average price before the announcement.

The deal comes at a time when the forestry industry is facing severe turbulence, with more than two dozen mill closures over the past year. This has affected the jobs of over 5,000 people.

Some of the leading factors include the slowdown in the provincial and US housing market as well as the lowered demand from China.

“Ongoing industry headwinds in the forestry sector, including high log costs due to supply constraints and significant declines in benchmark price for both lumber and pulp, have had negative impacts on Canfor’s current financial results,” reads the release.

“It is unknown how long the challenging industry conditions may persist and uncertain when financial results may improve as a result of capacity rationalization in British Columbia. These challenging conditions have also led to volatility in the trading price of Canfor Shares. The Transaction provides holders of Canfor Shares, other than Great Pacific and its affiliates, with immediate and certain value.”