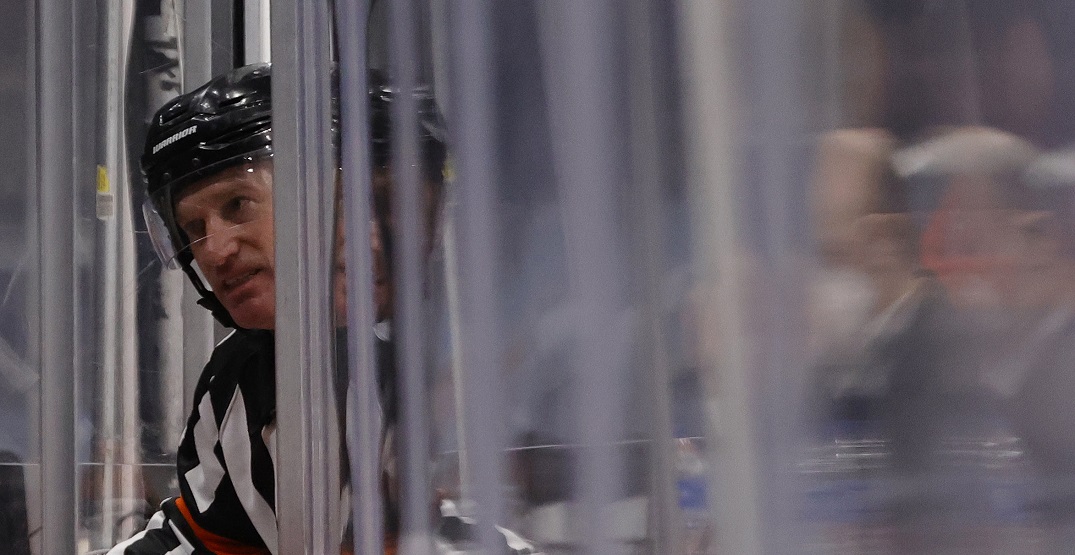 If their history with referees is any indication, Montreal Canadiens’ fans might be set for more officiating struggles tonight in Game 5 of the team’s third-round series against the Vegas Golden Knights.

The Canadiens haven’t won a game officiated by referee Kelly Sutherland since January 7, 2018. They are 1-9 in their last 10 matches with Sutherland on the call, including seven straight losses.

Sutherland has not worked any of Montreal’s games this season, but the team lost their last seven with him in the two years prior to that. He’s one of the league’s more seasoned referees, having worked in the league since 2000.

The home team won 63% of games (39-23) under Sutherland this season, higher than all but two NHL officials.

Montreal fans were generally unhappy with the refereeing in the series so far, including a missed call on Sunday’s Game 4 with Knights defenceman hitting Nick Suzuki in the head. Referee Chris Lee appeared to quite literally turn away from the action.

There was also this tongue-in-cheek chirp on Vegas’ tying goal midway through the third period.

There might be some good news when it comes to the other primary official for the evening.

Montreal has a 5-1 record under referee Eric Furlatt in this year’s playoffs, and, subsequently, a 5-4 record without him. His home record this year is just 17-13, giving Montreal about a 44% chance by those odds to be projected to win.

TSN and The Athletic reporter Pierre Lebrun said there’s a “decent chance” they’ll be working Thursday’s Game 6 back in Montreal.

And there’s a decent chance they also work Game 6 in Montréal. https://t.co/qkda5Mew5H

Of course, historic stats about referees are just that: historic. There’s no crystal ball foretelling how tonight’s game will shake out.

There are far more factors in a hockey game than simply two people doing their job as officials.

It’s easy to buy into a certain narrative around any given referee, but it’s just as possible for Montreal to change the storylines around them with a resounding win tonight. Whatever the case, it’s 100% guaranteed that you haven’t heard the last about who’s donning the stripes during this series.